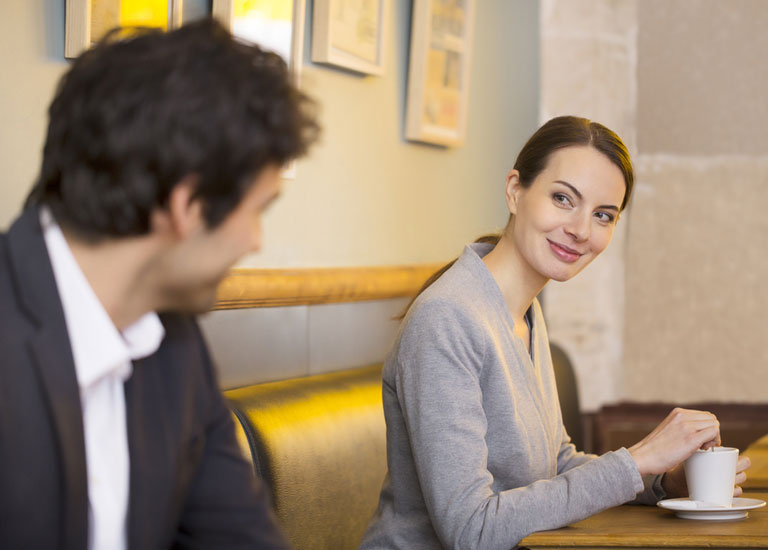 7 tips for asking someone on a date

‘I’m no good at asking women out,’ said the email. ‘Nerves get the better of me and I’m either over-keen and scare them off, or I’m too casual and they think I’m not serious. How can I hit the right balance, HopefulGirl?’

In these modern times, both men and women can suggest going on a date. But for the most part, the pressure is on men to do the asking – and I really feel for them. ‘There’s nothing more nerve-wracking than declaring an interest in a woman – and it’s devastating to be turned down,’ one guy told me.

Shyness and fear of rejection can stop us taking that first step towards getting to know someone better – which could mean two people missing out on a beautiful relationship. So here are some tips for easing the pressure…

1. Feel the fear and do it anyway

Confidence is hugely attractive and it’s something that can be developed. Research shows that feelings follow actions, not the other way around, so if you ‘act’ more confidently, the feelings will develop. So be brave – and if you don’t feel it, fake it. However, there’s a fine line between confidence and arrogance. If you appear comfortable in your own skin, and it’s clear your self-worth won’t be destroyed if you’re turned down, that’s attractive. If you act like you’re doing them a favour by asking them out, that’s a major turn-off.

2. Don’t invest too much

If you spend ages agonising over asking someone out, it becomes an enormous hurdle in your mind, and it feels like your entire future happiness hangs on the outcome of a single question. (It doesn’t – your happiness is in God). If you like someone, ask them out sooner rather than later, so you don’t have time to invest too much emotion and expectation in their response. And make it your policy to suggest meeting up with anyone who may have potential, so there’s less pressure on each one.

Worried about how to suggest a date? Spend a few minutes crafting what you want to say, and rehearsing it until it rolls off your tongue sounding natural and loses some of its power to make you nervous. Then pray for an extra dose of confidence, and go for it! Keep it simple and low-key – it doesn’t have to be an earth-shattering declaration. ‘Fancy going for a drink next week?’ is enough.

4. Try not to take it personally

Yes, the person you like may turn you down. Rejection is part of the dating process for all of us, and there’s no shame in it. There are many reasons for someone to say ‘no’, and it may not be about you. They may have stressful things going on in their life, they may be getting over a previous relationship… or maybe you’re just not their type. I’ve been refused and it stings for a while, but it’s not the end of the world. And when I’ve turned someone down, I haven’t thought less of them for it. In fact, they’ve still gone up in my estimation for being brave enough to ask. So hold your head up high.

5. Make sure they know you’re asking!

While low-key is good, for heaven’s sake make sure they actually know you’re asking them out! ‘I was told that a man I really liked has asked me out several times and I’d turned him down!’ reports one of my Facebook followers. ‘I was very confused, as I couldn’t recall a single occasion. Apparently, offering to walk me to my car was him asking me out! I was expecting: “Would you like to go for coffee?”’ Enough said.

6. Give them time to consider it

If you ask someone out unexpectedly, they can feel cornered and may want time to think about it. In fact, giving them a chance to consider the idea often results in a more positive outcome than a knee-jerk response. So instead of demanding an answer on the spot, invite them to get back to you within a couple days. ‘It’s how you make someone feel when you talk to them that will decide if they want to see you again,’ points out one of my Facebookers. A relaxed, non-pressured approach will put them at ease.

7. Accept their decision, even if you don’t like it

If someone turns you down, respect their right to decline. If you sense they’re in two minds, you could ask a second time, but if you’re knocked back again, take it as their final answer. After that, it’s pestering. If they change their mind, it’s their responsibility to let you know. Say a prayer for their happiness, and move on.

Finally, for great asking-out technique, I can do no better than share an email I once received after a Christian singles event. It went like this… ‘Hi HopefulGirl. It was great to meet you at the party last weekend. I was the good-looking one with the infectious sense of humour – or was that you?! I’d like to invite you to lunch. Nothing heavy, no commitment – just a relaxed, easygoing lunch. You might want to see me again, you might not. I can handle it either way. But you made a big impression and I’d very much like to see you again.’

That, friends, is the most perfect date invitation I’ve ever received – flattering, funny, confident, relaxed and making it easy to accept or decline without worrying I’ll ruin someone’s month. My response? I’ll reveal all next month!

Do you find it hard to ask someone on a date? What tips can you offer others to make it easier?