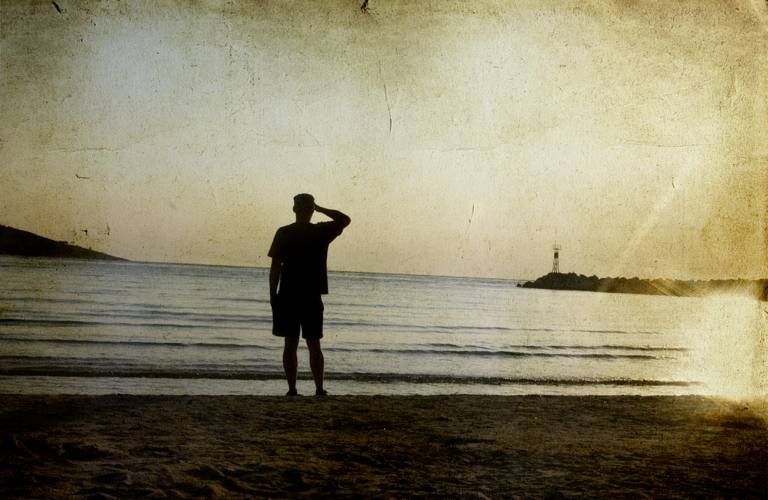 Are Christian guys just too nice?

Sometimes I wish I was someone else.

That edge that makes guys attractive to girls. And makes dates more than pleasant.

Because sometimes I think I am dull. Just dull. Barely making the mark of mediocrity known as pleasant.

Sometimes I wish I was someone else.

Threads’ anonymous Girl About Town wrote about her date with pleasant Christian guy. And it provoked quite a reaction. Guys split down the middle between trying to demonstrate their ‘fun’ credentials, and those like myself who sneered at the somewhat faux virility and opted instead for self-deprecation. An elaborate double bluff showcasing introversion and nerd like pursuits as a masquerade to shield insecurities.

It’s a cliché that good guys finish last, but sometimes that is what it feels like. It feels as though to achieve success in one part of life I have to screw up a little more. I could swear here to make my point with added weight but I don’t want to. I prefer not to swear.

We turn finding someone to build a relationship with into a game, where there is success and failure, and we are tempted to try and stack our hand. We weigh percentages and hunches and work out what would give us an advantage. Wondering whether if we were someone else the road might be easier. Wondering if a new identity might help. Thinking how much greener the grass is through our rose tinted glasses.

We want everything to be okay, we want to be without blemish so we erect structures and façades to shelter our fragile self. We are told there are ways to behave, things to do and not to do, and knowing that we don’t always live up to that we sometimes try to present an image that we do.

I think that if I wear the costume enough it might become a second skin. It is never quite home, but close enough that I lose sight of the ways it betrays me.

Sara Kewly Hyde commented: “I think sometimes rather than discovering the fabulous and unique individual God’s made them to be, some men (people) are trying to be what impresses others and that in turn can lead to… Well a whole host of insecurities, the fruit of which is sometimes blandness… I think as Christians we also struggle to assimilate our dark or shadow side so at times repress it rather than asking God to glorify himself through it. Repression can also = pleasant but nowt else. If we allowed our imperfections to be as visible as our good bits then it’s unlikely ‘pleasant’ would be the adjective de jour here. Pleasant is great if accompanied by other adjectives.”

When guys hear they are too pleasant, the immediate reaction can be to add another layer of characteristics they think might help. So as well as being the good Christian guy they also need to be the Alpha male chopping down trees, skinning rabbits and rescuing the damsel in distress. I mock to make a point.

Christian guys are told to pursue, protect, provide and pastor, and that becomes another list of things they ought to do to make the mark. If they are being rejected as dull, dismissed as pleasant, then they are not doing enough to woo the women.

We are afraid of doing it wrong. Asking the wrong girl out, acting improperly, not being sufficiently chivalrous, not picking up on signals, showing too much affection, or more likely not enough. And under the weight of it, all that emerges is a bland pleasantness that might not be offensive but betrays its insincerity. It can also freeze us into inactivity.

The layers of personhood expected to be worn to fulfil the role of the right Christian guy become so deep personhood is lost. In trying to be something we stop being ourselves.

Here’s the challenge, I get the thrill of the different, the exciting, the edgy, but telling Christian guys they are too pleasant puts them on the defensive. It knocks their security and only encourages more layers covering over who they are.

Being nice is not bad. Being pleasant is not just about being polite. And good guys do not need to finish last. But if the pleasantries are a charade or a forced manicure they leave an emptiness where you or I should be.

Dave Shearn put it like this: “I think lots of us are non-committal and non-confrontational in the name of being ‘loving’ and that is lame. Passive aggression and people not agreeing with God that he made them awesome also doesn’t help.”

It’s not that Christians are necessarily more dull than anyone else, but they are known and to some degree safe, and sometimes an element of danger is alluring. It can be pseudo-rebellious.

The unknown can be attractive but it is also dangerous. Because I hope one day to be fully known and to know someone fully. I want safety to be a good thing. In the long run maybe pleasantness is a valuable attribute.

That don’t impress me much

I want to marry someone who loves me, and not love who I might pretend to be. Someone who knows me with my frailties and my failings, who sees my longings and my hopes and dreams. But I also want to be a better man. And I think it is a noble thing to want to be with someone who prompts you to be your better self. Not some act to be more edgy or less pleasant. But to find the ways I can glorify God more fully. To see the ways I can live a more holy life. To bear witness to the image of God that gives me dignity and humanity. To echo in a quiet whisper the love that has been given me.

And I think trying to impress a girl who takes your fancy is a good thing. As long as the impression you’re making is yours to give.

PS. while writing this a friend tweeted a link to an interesting sermon on ‘new rules for love, sex and dating’ so I thought I’d share it.

This article was originally published on 11 May 2013, on Danny’s blog