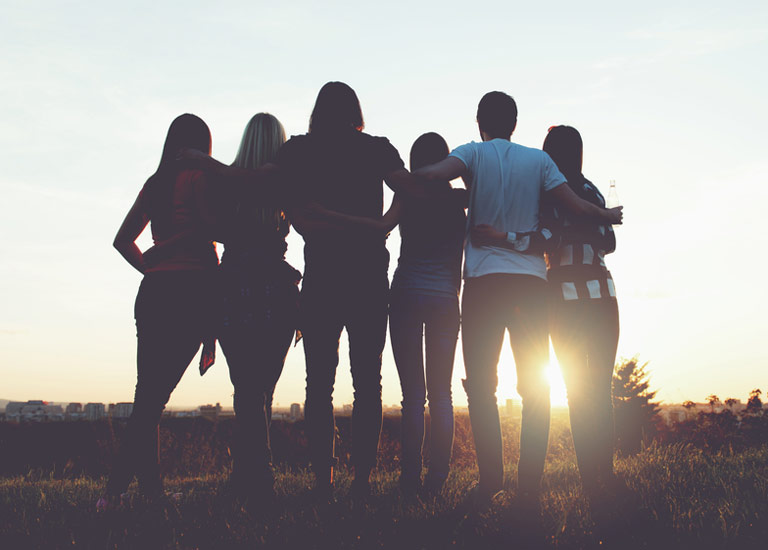 For a lot of my single years, I was hopelessly awkward. No doubt, there were still attractive things about my personality (or at least my mom says there were), but overall, I was kind of weird.

In college most of my awkwardness came from die-hard legalism, a weird, evangelical asceticism that involved no dating, parties, movies, TV, secular magazines, secular music or Christian music that sounded too secular. Moreover, I felt compelled to announce my convictions to everyone and make my awkwardness as glaringly obvious as possible.

There was this one time during my freshman year when I invited my friend Rebecca and her non-Christian friend to have lunch with me. When she and her friend sat down, I panicked, fearing they might think I was coming on to them. I decided to clear things up.

“Ladies,” I said, “before we pray over the food, there’s something I want to make clear: When I invited you to this table, I wasn’t hitting on you or trying to turn this into a date. We’re just three people having lunch, okay?”

They looked at each other, then at me, and then Rebecca began nervously stuttering and stammering, trying to clarify they wanted lunch, just lunch, and nothing more. I’d done it again — I’d made a perfectly normal situation very uncomfortable.

There’s No Ageing out of Awkward

Stuff like this happened all the time. In one instance my friends started watching a James Bond movie, so I went into the kitchen to sulk and pray for them the whole time (a guy I didn’t know walked in the kitchen and was like, “Are you okay?” I looked at him and said, “I’m fine — just praying”). Then there was the time I told my college pastor I thought he was in sin because he watched TV. Oh, and let’s not forget the time I wrote a long, rambling letter to my economics teacher on the back of a test, inviting him to give his life to Jesus.

You can imagine how this approach went over with those whom I wanted to impress, even though I pushed them away in the name of Jesus. But the problem is I couldn’t see the effects of my awkwardness. I was too close to it. And I think a lot of people can relate.

I’ve met introverted people who freeze up around everyone but their family members. I’ve known others who have no filter and manage to offend and alienate everyone but the people who agree with them (and even those people get tired of hearing the rants). Then there are folks who overshare, regularly making conversations into therapy sessions.

People don’t make it out of awkwardness alone — they need community. In my case, I developed long-term friendships with a handful of men and women who were honest about my awkwardness but also made it clear they would love me even if I never changed. They gave me space to feel safe and open up about the insecurities fueling my actions. And eventually their love gave me the courage to talk about the deep wounds that were actually behind my insecurities. They provided acceptance I’d never experienced before, and as a result, I flourished.

It can be difficult to accept those who are awkward. We want our friendships to be easy, effortless, especially now when friendships are difficult to generate without dorm activities and shared classes to bond over. But I still had great value as a person and as a friend, and I was desperate for people to see that — and when they did? I lost my edge. Those weaknesses that fed my awkward behavior were no longer an issue.

Those friendships and communities didn’t “cure” me. I didn’t need to be cured. These dear friends simply liked me, and I learned to like me too — the real me. I just needed the Holy Spirit to take their perfect love and cast out the fear that was pushing me to be something else.

This article was originally published on Boundless.org on 8 Aug 2016.