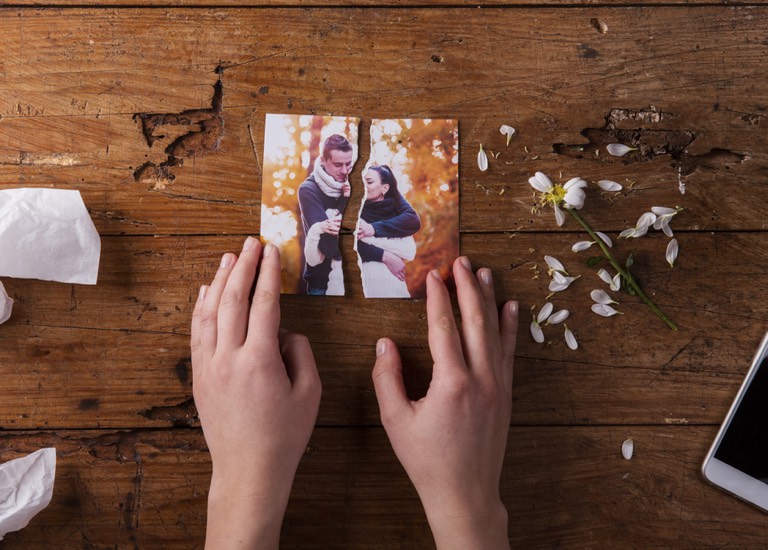 Dos and don’ts for ending a relationship

Last month, I shared my tips for dealing with a painful and unwelcome break-up. But for everyone who’s dumped, there’s someone doing the dumping – and with that comes responsibility. If you decide a relationship isn’t going anywhere and you’d be happier alone, you have every right to move on. But even if you’ve reached the point where you don’t even like the other person much and can’t wait to get shot of them, you can still treat them with dignity and kindness. In fact, being a Christian demands nothing less. (The exception is an abusive relationship. In that scenario, forget courtesy – just get out fast and don’t look back.) So if you’re planning to finish it, here are my top three dos and don’ts for a kinder break-up…

1. Let it drag on
If you decide you want to end a relationship, it’s better to do it sooner rather than later. It may be kinder to wait until after a special event such as a birthday, or delay adding extra pain if your partner is dealing with a difficult life event such as a bereavement. However, apart from these special circumstances, it’s better to make a clean break as soon as possible. I’ve known people to allow a relationship to drag on for months or even years because they couldn’t find the courage to end it – or, worse, didn’t have anyone else to move on to. Don’t be that person – you’ll just be wasting their time, and yours.

2. Do it by text or email
We do almost everything online these days, but if you’re going to break up with someone, you owe it to them to do it in person, not by text, email or WhatsApp. If it’s a long-distance relationship and you haven’t been a couple for long, it may be appropriate to have the discussion by phone or Skype. But otherwise, have the decency to do the deed face to face. And choose your location carefully – it should be somewhere private, not in a public place.

3. Flaunt a new partner
At some point, you’ll move on with someone else. Hopefully you’re not dumping one person for another – you should always end one relationship before considering a new one, ideally with some time off in between. But if you and your ex move in the same circles – perhaps you go to the same church or share a friendship group – the time may come when they have to see you with a new partner. By that point they may not care, but it may still be a sore point. Obviously you can’t curtail your life indefinitely, but be sensitive to their feelings and don’t flaunt their replacement too soon – in person or on social media.

1. Plan what you’ll say
There’s no reason to write a script – in fact, it’ll be obvious if you’re reciting a rehearsed speech. But it’s worth giving some thought to how you’ll broach the conversation. Write a list of what you need to communicate and consider how best to say it. Be empathetic and consider how you’d feel if the roles were reversed. Be prepared to answer their questions truthfully. However, there’s no need to be brutally honest! As believers, we’re called to treat each other’s hearts with care, so don’t crush their confidence.

2. Be direct
Rejecting someone is never easy and we often try to soften the blow with ambiguous claims of ‘not being ready for a relationship’ or that ‘God is telling me I need some time alone’. That just gives the other person false hope. People often deal with rejection better than we expect, provided they know the score – it’s the not-knowing, wondering and being unable to move on that really gets people down. Jesus said, ‘Let your yes be yes, and your no be no.’ It’s kinder to be clear and direct, so the other person is in no doubt that you’re ending the relationship and there’s no chance of reconciliation. That way, they can heal and move on.

3. Give them space
If you’ve been close to someone and you feel guilty about hurting them, it’s tempting to keep running back to check on them. It can also be difficult to get used to being alone, even if you’re the one ending it, and you may be tempted to reach out with phone calls, texts and visits out of habit or loneliness. This can go as far as slipping into familiar physical affection such as hugs and kisses. None of this will help either of you to move on, and sends very mixed signals. It’s better to step back and reduce contact, at least for a while. But don’t just go cold on them – explain that you’re not doing it to hurt them, but to make it easier for both of you.

Have you been on the receiving end of an unwelcome break-up? Take a look at my previous article on Dos and don’ts after being dumped