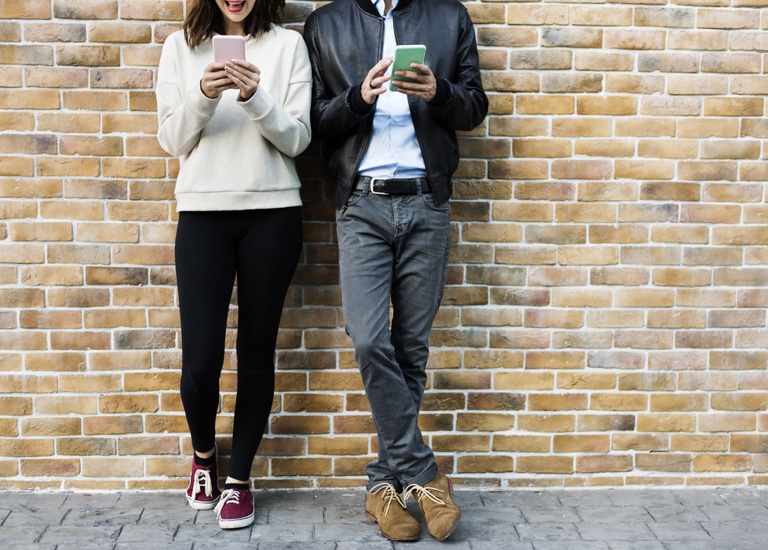 First impressions: how to write a great opening message

‘I’m losing heart with online dating,’ said the Facebook post. ‘No one answers my messages. Last week, I sent over 30 messages to different people, and they were all ignored! Where am I going wrong?’

Hmm… well, if someone is sending that many messages, I think I can guess what’s happening. When I first joined a Christian dating website, I was surprised by how many messages I received from men who clearly hadn’t read my profile. They seemed to take a scattergun approach, firing out a standard message (‘Hi, how are you?’ or ‘Tell me about yourself’ or even just ‘Hey’) to anyone they liked the look of. Perhaps if I’d taken the bait, these guys would then have taken the trouble to read my profile. It wasn’t exactly flattering.

There were also guys who contacted me from hundreds of miles away, despite me specifying in my profile that I was only interested in meeting people close to home. And those who messaged to make angry theological objections to some minor point on my profile. Some declared I was definitely ‘the one’ for them (no, I’m not) – and let’s not forget the over-flattering and slightly sleazy ones. Thanks, but I’ll pass.

However, there were messages that caught my interest and made me want to chat more. Those were the ones from men who’d obviously read my profile, and then made a comment or asked a question about something I’d written. Men who seemed thoughtful and genuinely interested.

They say that in real life, people make a judgement about someone within a few seconds of meeting – first impressions really do count. The same applies online – you can’t overestimate how important that first message is. Along with your profile, it’s the key element that will either make your recipient sit up and take notice – or slide off their chair with boredom, rolling their eyes. With the average response rate to first messages being around 30%, you want to make sure your message is one that will invite a response.

So what does a great first message look like? Well, first of all, make it clear you’ve read their profile, and are contacting them because something has caught your interest. Yes, online dating is something of a numbers game and it’s good practice to message lots of people – but within reason! Impersonal, cookie-cutter messages copied and pasted to dozens of people? We can spot them a mile off – and they’re not a compliment!

So respond to something they’ve written. Perhaps: “I love that book! Have you read any more by the author?” or “I’ve never been rock climbing but it sounds fun – where’s your favourite place to go climbing?” One chap who messaged me opened with a question about writing fiction as a Christian (he’s an aspiring novelist). What might have been just another anonymous message instead turned into an in-depth conversation… then a meeting… and finally a friendship. Now that I know him well, I realise he didn’t need my advice about writing at all – he was just smart enough to know what would kickstart an engaging conversation!

Research shows several other factors that will increase your chance of a positive response. Keep it short, but not too short – a rambling essay can be as off-putting as a one-worder. David Pullinger, author of Online Dating: Top Tips For Success, analysed over 74,000 messages sent through Christian Connection and found that to get a response, the optimum message length is 80-90 words. Messages of only 10-20 words get 30% fewer replies. So aim for a paragraph or two.

Use a spell-checker! 72% of daters say bad spelling and grammar significantly reduce the chances of them continuing a conversation, and one study found that just two spelling mistakes lower a man’s probability of a reply by 14% (interestingly, spelling mistakes by women don’t have such a bad impact).

Keep it light and friendly – nothing too serious, and definitely nothing critical. And don’t forget to include a question to get the conversation going. Before you know it, you’ll be chatting away like old friends – and hopefully setting up that first date!