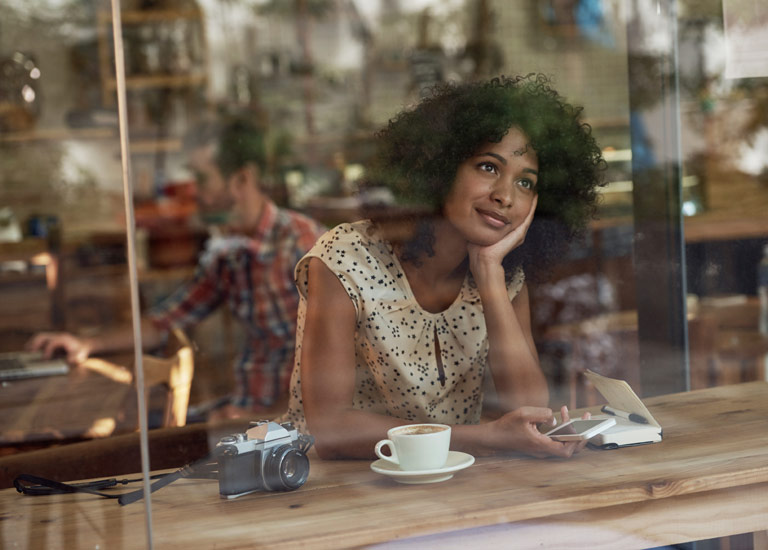 I was wondering… what’s your fantasy?

Calm yourself, dear reader, all is above board. By asking about your fantasy, I refer merely to the shadowy fairytale partner lurking in your subconscious. The one who comes into sharp focus whenever talk of coupling up happens. It’s possible you’ve made a list; all the qualities that you knew God was ‘laying on your heart’. The perfect combination of personality, character, faith, age, physical appearance, and so much more that meant you’d Just Know when they appeared in front of you. Or maybe the fantasy is so ingrained you’ve never analysed the details; you just know you haven’t met them yet. And until then life remains an assault course of wannabes, distractions and thanks-but-no-thanks blocking the path to true love.

The problem is, a heart with things laid on it is a heavy heart and that’s where it’s easy to end up: weighed down. Buried under expectations. The fantasy more real than reality. Somehow it even becomes possible to start believing that all the ones dismissed as not-quite-there are a sign that the-one-that-is not only exists but is on their way. Cosmic sat-nav directing them to the door, sometimes on a route that takes decades. It’s not us that needs to change, just hold firm and wait for the heavens to deliver.

Except, how often does someone come along that measures up to a fantasy? I’m going to say absolutely, almost, no-really-you-know-I’m-right, never. And so we’re left with heavier hearts, lingering disappointments, distance from others, and questions about God. Dating filters are added, lists lengthened, potential partners overlooked, prayer requests issued, all the time looking for answers outside and not within. The fantasy that can’t talk, definitely won’t make you a cup of tea, and is ineligible for marriage, is colouring every romantic interaction. Every. Single. One.

It’s fair and right that after getting to know someone that there may be sensible reasons why love eternal doesn’t blossom or pursuing a relationship isn’t the best path. What’s not fair is asking a hopeful fellow human to live up to a fantasy or be kicked (metaphorically, hopefully) into touch.

If someone is to be ruled out, either at first glance or after an hour’s chat, even after months, is it because they’re genuinely not a good match? Or because they don’t fit the fantasy? ‘God gives the desires of the heart’ may be one of most misappropriated concepts in Christian relationships. Somehow it’s morphed into an order sheet. Hair colour, class, size, shape, family status and every little detail prayed over and non-negotiable. Yet it’s very possible the misty-edged dream sequence pulled from Jane Austen or The Holiday isn’t God-given. Rather it’s coming from a very human place, just like the Greek thinking behind the idea of our missing Other Half.

When another Christmas or Valentine’s rolls around and all that’s on the cards is wistfulness, it may be time to ditch the fantasy. From the other side of the fence, coupled life may not – will not – offer the perfection filtered two-headed selfies present. Getting into big commitment means opening up to the hard stuff and the mundane right through till death do you part. Infertility, illness, mental health struggles, financial worries, thwarted plans, dashed dreams are all possibilities, and if nothing hugely challenging occurs there are still dirty socks, in-laws, and sexual awkwardness (ideally not on the same day).

By all means reject a possible romance because there are good reasons it wouldn’t work, but think again about what those good reasons are. Ask yourself why you’re really not attracted to someone, rather than shrug and insist it’s beyond your understanding. Don’t let a daydream dictate your future, no matter how long it’s been lodged in your psyche. Let the fantasy have a long, well-deserved snooze and look again at the real people you encounter. If you must make a list have a flexible one that focuses on character and real life. Wheel out those trusty fruits of the Spirit, see the person as God sees them and you might just realise who has been hiding in plain sight all along or might be just a couple of clicks away.