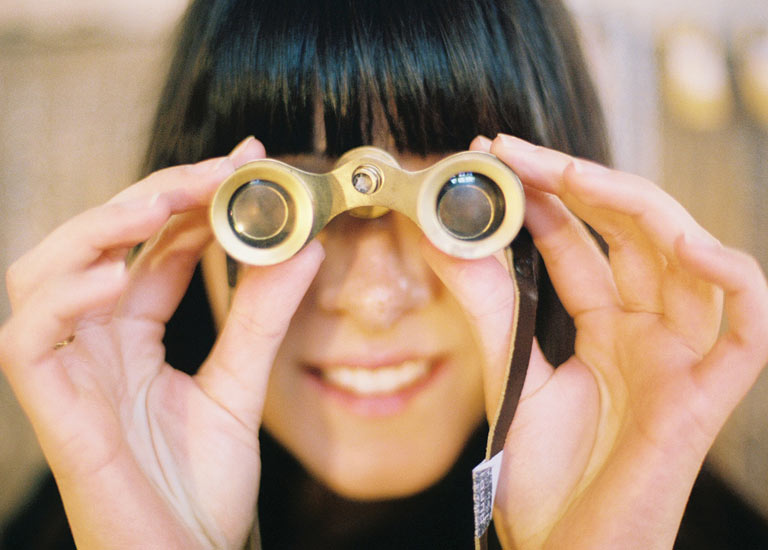 ‘I’m not ready for a relationship yet, but I’m planning to join a Christian dating website to see what sort of women are out there,’ said the email. ‘My friends say it’s not on, but what’s the big deal? It’s okay to do a little window shopping, right, HopefulGirl?’

When we first join the singles scene, most of us want to spend some time checking out what kind of potential partners are available – and where we fit amongst the ‘competition’ (!) – before we actually start dating. That’s perfectly understandable. When I first dipped my toes in the internet dating waters, I had no idea what to expect, and I wanted to take time to test the temperature before diving in.

However, I’ve also known people to play the singles scene with no intention of starting a relationship. An old flatmate of mine joined a Christian dating website to see if any men would contact her. She told me she had no intention of meeting anyone – it was purely a means of testing out her own attractiveness (her self-esteem wasn’t great). She saw nothing wrong with it, but I thought it was a mean trick.

However, she’s not alone. A quick glance at any dating website will reveal that quite a few people don’t even bother to fill out a full profile, and once they’ve had a nosy around, they don’t visit again. Others continue to lurk on the sidelines, watching but never joining in. A bit creepy, if you ask me.

More shockingly, I once met two women who’d just been to a singles party at a Christian festival – one of them had a boyfriend, and the other was engaged! They went out of curiosity and sheer voyeurism. It hadn’t occurred to them how unfair it was – not only on the men who were genuinely seeking a relationship, but also on the women who’d missed out on places at the event.

Then there are those folk who go on dates with people they quite like, but keep the relationship simmering on the back burner because they’re not really interested in getting serious or are holding out for something better – people known as ‘time wasters’.

Who knows the motives of individuals who join the dating scene with no intention of actually dating? Testing their allure? Boosting their ego? Sheer nosiness…? But I do know it’s a frustration and a waste of time for people genuinely seeking their future spouse – and sometimes a source of disappointment, discouragement and pain.

Friends, if you encounter someone like this on your dating journey, believe what they tell you in word and deed. If they’re not enthusiastic about engaging with you, are half-hearted about meeting up, or seem to be hedging their bets – MOVE ON! You deserve better, and you can’t win someone over with your winning smile and scintillating conversation if they’re just not in the ‘relationship zone’.

And to the culprits, I say this: playing the game with no plans to follow through is dishonest and unfair on those sincerely searching for love, who waste valuable time and emotional energy on a dead-end. It’s also a real confidence-killer to approach someone who doesn’t respond – all the person knows is that they’ve been ignored or rejected, they have no way of knowing it’s because you’re not really available. So don’t be a time waster – you’re better than that!

A dating website isn’t a museum of curiosities to be observed, admired or disparaged – these are real people with hearts and hopes and fears. As Christians, we’re called to treat people with kindness and respect, and to handle each other’s feelings with care.

Of course, it’s fine to check out the scene and then decide it’s not for you (in which case, remove your profile). But it’s not the place to tackle self-esteem problems – much better to seek counselling and prayer to sort out your issues so you can move forward as a healthier person.

It’s also fine to take some time to find your feet in the singles scene before you start dating – but not for too long, and only if you know you’re serious about looking for love.

Have you been guilty of joining the singles scene when you’re not truly looking for a relationship? Have you been let down by someone who wasn’t really available? We’d love to hear your stories!