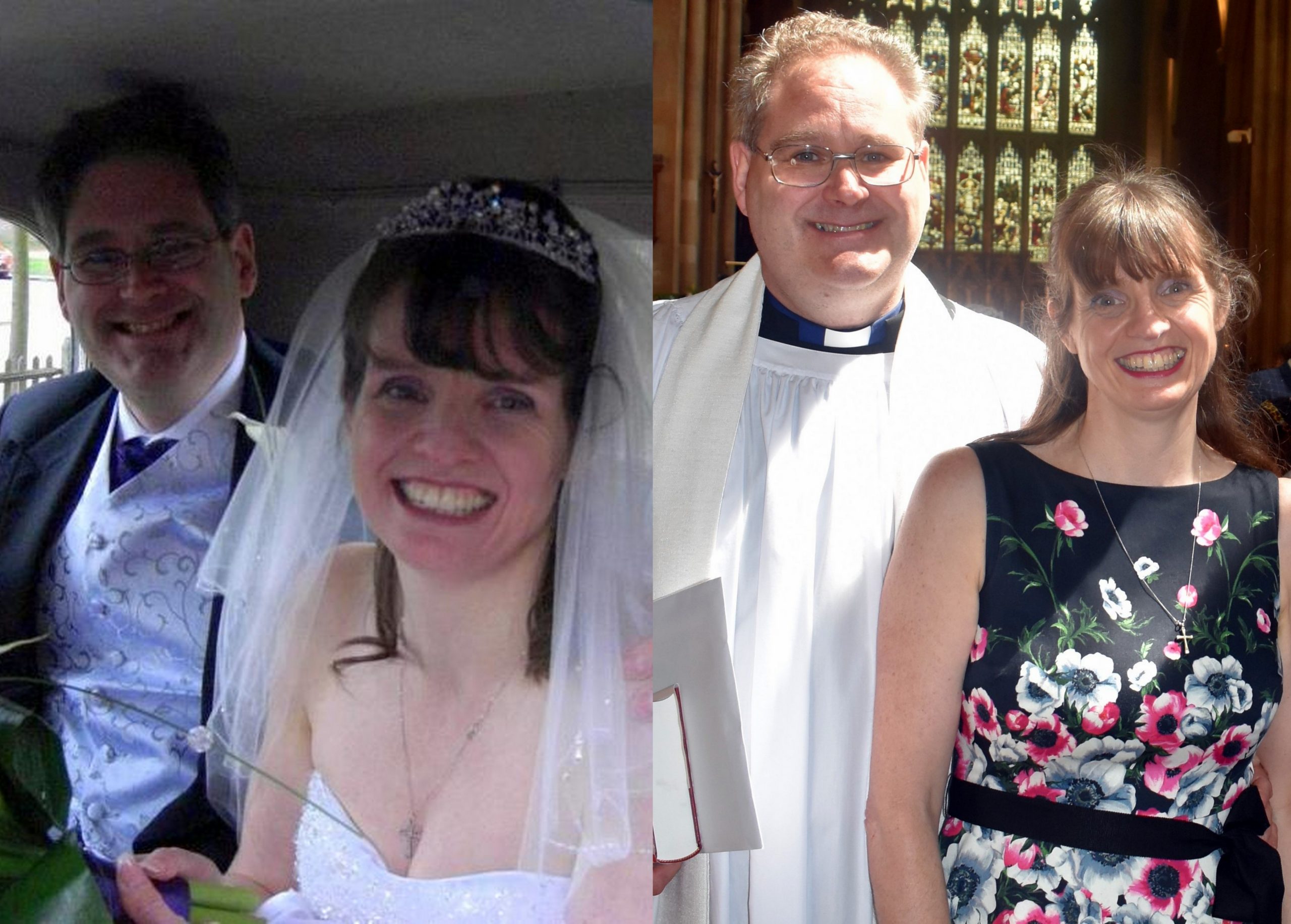 “Life since has been surprising” – Alistair and Heather, our Christian Connection story

As part of our 20th birthday year, Alistair and Heather share what has happened since they met on Christian Connection in 2011…

“For us, the most important factor in meeting someone with whom we would potentially share the most intimate, private and special moments was that they would share our faith. For both of us, our first love is God. If that were true for only one of us, the relationship would be completely unbalanced and unlikely to work. Christian Connection looked like a professional site. Of the Christian sites available, Christian Connection looked the best. We started conversing online in February 2011 but can’t actually remember who contacted whom first! We can remember both looking forward to seeing messages from each other, logging on at least daily in anticipation. We quickly decided to meet up, albeit just as friends as Alistair was also conversing with one or two others and wanted to be completely honest. Due to our love of cycling, our first non-date was a cycle ride. We ended up in a pub we both liked and Heather missed six trains home, we were so busy talking! Our second non-date was also a bike ride, followed by watching a film together. This was swiftly followed by our third ‘it’s not a date’; a picnic after we had both been to our respective churches. By the end of this, it was clear that our non-dates were quickly losing the ‘non-’ bit and we had the discussion that we wanted this to become serious. The next step was for Alistair to meet Heather’s son from a previous marriage: at 16, he was somewhat understandably wary but Alistair persevered with building a relationship. We saw each other fairly regularly and, by the end of six weeks, we knew that the relationship was likely to end in marriage. However, we didn’t go public with this until July 2011 when Alistair proposed at our local viewpoint, although it was very private to us as we were the only ones there at the time! As Alistair was teaching at the time, our wedding needed to be within a school holiday. We didn’t feel we could wait a year until the next summer holidays so set the date for April 2012, on Easter Saturday. We wanted to make the wedding very personal to us and didn’t want it to be too expensive so we had fun designing and printing our own stationery and devising the service, especially the music – we are both enthusiastic choral singers. Alistair’s headteacher was very generous and gave us the use of his school for the reception – all we needed to pay for was the staff, the food and wedding-friendly furniture. We worked with the catering staff to plan the food; involving, of course, school puddings, which went down very well. Heather’s hen evening was spent making the table favours! We would thoroughly recommend being involved in as much of your wedding as you can: not only was it great fun – albeit tiring – it really showed us how well we work together as a team, including compromising to put the other person first.

Life since has been surprising, interesting, with highs and lows but better than we could ever have imagined. At first, we spent time adjusting to living together and working out how to run a household jointly when both of us had been used to running our own household single-handedly. However, gradually, Alistair was becoming more and more unhappy with his teaching post: part of this unhappiness was also bewilderment at how a profession he had absolutely loved and could never have considered leaving was becoming a source of despair. By spring 2014, we were sitting in church one Sunday evening and one of the notices was around how the services were going to be changed in the summer. The congregation was asked to consider if they would like to preach at one of the early morning services.

Heather asked Alistair if he had ever considered preaching and he said he had. He therefore set up a meeting with our vicar to discuss a potential call to be a local reader (we are members of the C of E). As Alistair left to go to this meeting, Heather asked him, ‘Are you sure you’re not being called to full-time ministry?’ At the meeting, our vicar suggested to Alistair that he test his call to preaching by preaching at one of the early morning services. During the meeting, he also asked him, ‘Are you sure you’re not being called to full-time ministry?’. The following Sunday, the leader of our home group said to Alistair, ‘I have just one word for you – ministry?’! It was as if God was asking, ‘Could I make my call any clearer?’ We suddenly both saw that Alistair’s increasing disgruntlement with his teaching was likely to be a way of God preparing the way so that it wasn’t the wrench to leave teaching that it would have been some months earlier. Alistair followed the rigorous process of selection and was eventually accepted onto mixed-mode training, meaning that he combined the teaching elements of the course with placements working in churches. He was ordained deacon in 2018 and priest in 2019. He is now working as a curate in a church in our local area, so Heather has not had to change job.

This has been the major change in our lives since we married and one that we could never have imagined when we embarked on this journey together.

Don’t imagine, though, that’s it’s all been wonderful and easy: during training, Heather was becoming more and more unwell. Just before Christmas 2015, she was undergoing investigations for persistent tiredness and fatigue. For two weeks – the hospital lost the blood test results – it was thought to be possible that it was leukaemia. This was finally ruled out but a final diagnosis was made of Chronic Fatigue Syndrome. As Heather had been hitherto extremely fit and healthy, it was a hard adjustment to make. However, after six months off work and treatment from the regional CFS clinic, she was able to return to work full-time, counting her blessings that her recovery, although not complete, had been relatively swift.

Over the last nearly nine years together and eight years of marriage, we have so enjoyed creating shared memories and growing together. We’ve really enjoyed understanding each other better and working to operate as a team. When you do something for the other person that they really appreciate, it’s such a special feeling. Following what you believe to be God’s plan for your lives together and having that corroborated is immensely special.

Starting to share a life, particularly when you’ve both been used to making your own decisions, isn’t always easy: it takes commitment and understanding and a willingness to see the other’s point of view. This is magnified when there is a hormonal teenager involved. Alistair and Heather’s son’s relationship is a work in progress and, as well as Heather and her son figuring out how to change their relationship from more parent-child to adult-adult, Alistair is having to do the same as well as negotiate building a relationship. It’s progressing well but remains a work in progress. Supporting each other through the challenge of changing career and serious illness at the same time has also been enlightening, as has being placed in a church out of our tradition (two evangelicals in a central church). However, we have both learned how to discern, develop and exercise our ministries in new ways, both jointly and separately.

Both of us are far more resilient than either gave the other credit for in the beginning: this has been a very pleasing surprise. Sharing experiences that we already loved separately is so good as well as experiencing new things together and finding new, shared interests; we’re constantly surprised how easy it is! We were also pleasantly surprised when we worked out that the household tasks that Alistair loathed were the ones Heather loved and vice versa! Although our life is nothing like we’d planned or imagined together, it’s so much better than we could have dreamt of!

Our advice for someone wanting to meet a partner is pray, pray and pray some more – when you’re choosing the website, when you’re writing your profile, when you’re deciding whom to message or how to reply to someone. Be open to where God wants you to be and what he wants to do – that may include not meeting someone – but be aware that, whatever he has planned for you, it will be so much better than anything you could have imagined.”