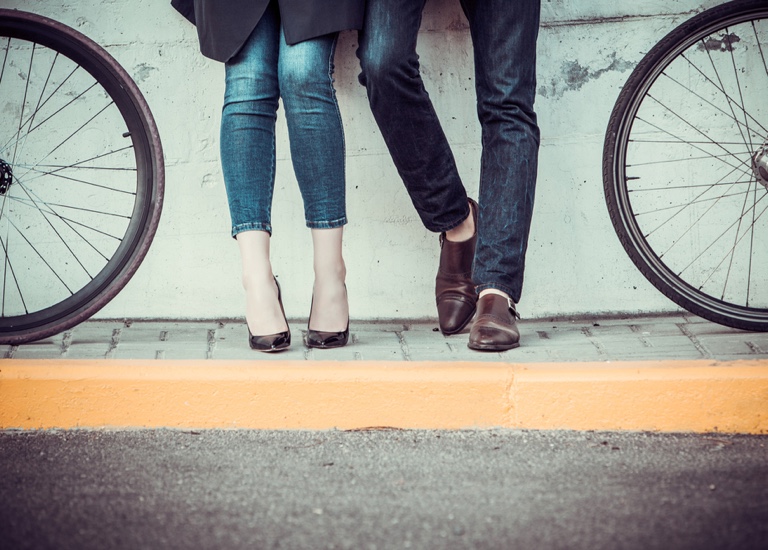 Mixed messages: when your date blows hot and cold

‘I connected with a nice guy online, we met up a few times, and he seemed keen to pursue a relationship,’ said the email. ‘But since then, he’s blown hot and cold. For a few weeks, he’ll be enthusiastic and romantic and talk about the future… then he’ll withdraw and say he’s not ready for a relationship… then the cycle starts again. I really like him but this is wearing me down. At what point do I call it quits?’

Ah yes, I think we’ve all encountered someone like this. Those random changes of heart, the mixed messages and ever-changing excuses, bouncing between being effusive and unresponsive… it can make you doubt your judgement, question what you’ve done wrong, and even wonder whether you’re losing the plot.

So why do people do it? Well, blowing hot and cold is often a sign that someone is ‘emotionally unavailable’. It may be too soon after a break-up or bereavement from which they haven’t fully recovered. They may have deeper emotional damage (perhaps from childhood or a devastating betrayal) that makes it difficult for them to trust. They could have low self-esteem and believe that, if you get close, you’ll reject them. They may, in short, be unable to make genuine, healthy attachments, so when they get close to someone, they shy away.

Another possibility is that they just aren’t that interested in you and are hedging their bets in case someone better comes along, holding you as Plan B (hot tip: never be someone’s Plan B). In fact, you may not be the only person they’re seeing. Some people are fine with that in the early stages of dating, but if you haven’t already had that conversation, it’s important to discuss what’s acceptable to you in terms of multi-dating and exclusivity.

In more sinister cases, some people like to play mind games and get an ego boost from undermining another person’s confidence in order to control them. But mostly, it’s about how emotionally healthy a person is, and how well they can discern what they want and whether they are willing and able to pursue that honestly and open-heartedly.

I think we can all be sympathetic to a person’s insecurities and hang-ups – who among us hasn’t acquired some baggage along the way? However, that doesn’t mean we should let ourselves be dragged down by someone else’s toxic patterns. Allowing yourself to be repeatedly drawn in and then repelled by an on-again-off-again partner will mess with your mind and your self-esteem. Boundaries are important, and a wise person steps away when their emotional health is threatened. You’re not obliged to play along with someone else’s games.

Of course, it’s difficult to walk away from someone you like, especially when a relationship seems to have potential and they periodically offer you hope. By all means be patient for a while, if they’re honestly trying to work out their feelings. But if, after months, they still don’t know what they want, any relationship that ensues is likely to be unstable. If someone is interested in you and is capable of a healthy relationship, they won’t be sending you mixed messages.

When a budding romance becomes a source of stress instead of joy, I believe it’s time to draw a line under it. You might want to tell the other person that you care about them but enough is enough – you wish them well but you’re ending contact for your own protection. Or perhaps make it clear that friendship is now the only option on the table – and mean it. Either way, I say it’s time to move on and start dating other people.

You’re not being mean – you’re doing it for their benefit, too. It’s not your job to solve someone else’s psychological issues, and nor can you. But you can model how a healthy person makes healthy choices – and you can pray for them (from a distance). If they understand that their issues are scuppering their own happiness, they may be prompted to take action and seek help. Some people do and move on to a healthier emotional life. Sadly, some never face their demons and continue playing out the same toxic pattern for the rest of their lives.

And if you’re the person who blows hot and cold, never sure of what you want and sabotaging your own happiness… you have my sympathy. But I would suggest that some counselling might be in order to discover why you act that way. Then you can avoid leaving a trail of hurt and insecure people in your wake – and give yourself a chance of real happiness, too.