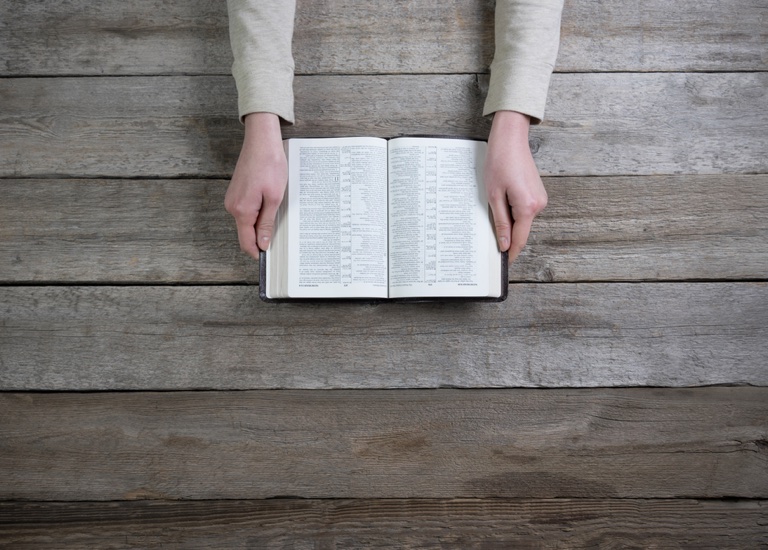 Last month I wrote about the Old Testament and so-called ‘biblical dating’. My conclusions were several: God will lead the process and you have the responsibility to make your own decisions. God will bring suitable people on your path, and you have to walk the path yourself and can’t stay at home hoping and waiting to meet someone.

You have to be brave sometimes and approach someone you don’t know yet and be bold and ask them to come with you. And finally, there is some waiting involved here and there. The servant had to wait at the well to be invited into Rebeka’s home. As Jakob has to wait for Rachel to come and fetch him, as Moses had to wait for Sippora to come back with an invitation to her father’s home. Dating is full of these tensions between action taking and waiting, initiative and self-constraint, patience and bold going along.

So what about the New Testament and dating? Where the Old Testament is full of matches well and not so well made, but the longing for a relationship is real and is addressed, the New Testament has a different message altogether – you don’t have to marry. You are complete in God. This is the important flip side of the coin. Yes, you can and may long for marriage. But you are also complete in God as you are.

Given the matches made at wells in the Old Testament, it’s interesting to note who Jesus meets at a well. One of the documented ones is a meeting with a woman who is currently with her sixth husband (John 4). He asks her for a drink like, Abrahams servant asked for a drink hundreds or more years before. And it isn’t a Jewish woman he asks, it’s a Samaritan one. It is at midday, not a popular time for well-going, which is probably why this woman is here. She isn’t popular either. So to avoid big, judging, burning side-eyeing crowds she goes around midday when the sun is burning down on her. And Jesus gives something in return for the water she so freely shares with him. It’s not a marriage proposal. It’s something infinitely better. Come to me and I’ll complete you. Stop looking for men to fulfil you, I will be your source of love.

So when Paul says to the Corinthians in his famous, to singles overly quoted, letter (1 Cor. 7 NIV) in verse 8: ‘Now to the unmarried (or widowers) and the widows I say: It is good for them to stay unmarried, as I do’, what he means is: you don’t HAVE to be married. You don’t have to find a new husband or wife if your spouse died. You don’t have to beat yourself up about being single. If you want, you can stay as you are.

The reason Paul is advocating singleness is his Kingdom vision. He sees singles are essential to the health of the church. The church needs singles to play their part. To show Gods love in other ways than a marriage or a family can. The church needs diversity to be visible. If you visit www.singlefriendlychurch.com you will read that in the church a third of members are actually single, which is not necessarily something to worry about, but something that can be celebrated as showing the same diversity society is showing.

Now THAT is the message of the New Testament on dating. All are welcome in God’s Kingdom. Come to Jesus to be filled with love. And from there connect to other people, have fun dating or enjoy staying single. Make your own choices. But start with Gods’ love first. And it clicks.

The woman at the well, she gets it. She is excited to share it and bold enough to reconnect to the people she was avoiding before. When she started to connect with Jesus, she was more connected than when she was with her six husbands. She got connected to her community again. And that is, as Paul is trying to say to the Corinthians as well, more important than being married ever is. Being married can be good and fun and fulfilling, but ultimately our life is about God’s Kingdom, not our happiness.