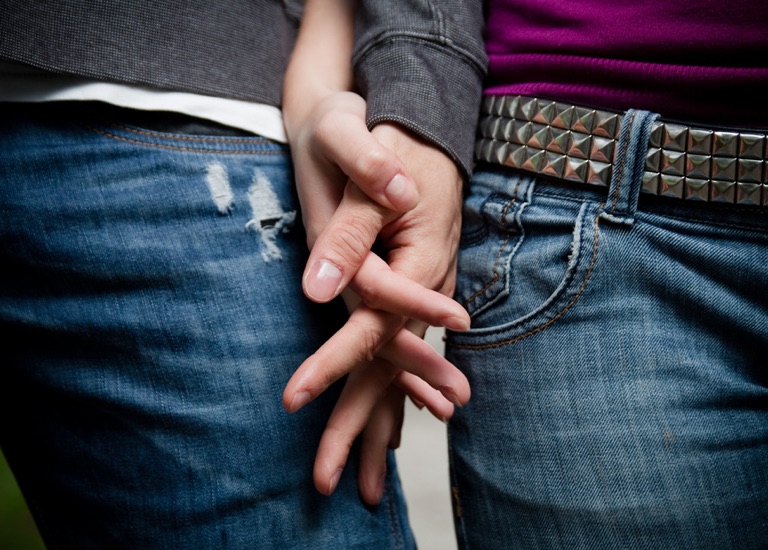 Help, I’m being pressured to have sex!

‘I want to save sex for marriage,’ began the email. ‘My boyfriend is a great Christian guy in many ways, but he’s pressuring me to sleep with him, and my resolve is weakening. I’ve had non-Christian boyfriends who were very respectful of my decision to abstain. What should I do?’

After my four-part series on dealing with sexual frustration as a single Christian, I was looking forward to taking a break from writing about sex (or the lack of it). However, I feel compelled to have one final fling (as it were) after several messages from readers dealing with sexual coercion from a boyfriend – or indeed, a girlfriend. Yes, although we typically think of men pressuring women into bed (perhaps because we still imagine men to be rampant and women to be demure), I’ve also known men who’ve been pushed to have sex by their girlfriends when it goes against their principles and one or two relationships that have ended over it.

Being hassled to sleep with a partner is, sadly, a familiar story, even in Christian circles – which just goes to show that character is as important as beliefs. In fact, I had a brush with it myself. A few years ago, I met PilotMan at a school reunion. The chemistry was amazing, I liked and admired him, and since I’d last seen him, he’d become a born-again Christian – it felt like a gift from God. But despite his strong faith, PilotMan scoffed at dating couples who didn’t have sex and made it clear he expected more from me in that department than I was prepared to give – and without much delay. I don’t take kindly to that kind of pressure and quickly backed away from the relationship.

Opinions on sex before marriage differ among Christians – not everyone agrees on the subject. However, whatever your beliefs, I think we can all agree that there’s never an excuse for coercion. Pushing someone beyond their sexual boundaries is abusive, selfish and disrespectful – not exactly qualities we should be looking for in a partner! When prospects seem limited, or you’re falling in love, it’s tempting to overlook such behaviour or to give into temptation or pressure. But we’d be wise to consider what it says about a person’s character if they’re prepared to pressure us into unwanted sexual activity.

But take heart, friends: there are decent men and women out there who will respect your boundaries and take steps to minimise temptation for you both. When I posted this dilemma online, here’s what the good folk on my Facebook page had to say (some names have been changed to protect privacy)…

‘If this guy can’t wait for marriage and his sexual “needs” override moral concerns, how can she know he’ll be faithful during marriage? I’d advise her to take a good look at other issues. Is this guy really all he’s cracked up to be or is he just putting on a good show?’ Jeremy

‘My boyfriend’s previous girlfriend pressured him to sleep with her. When he wouldn’t, she broke up with him. He was very hurt and it made him feel less of a man. It’s very unloving to push someone to do something they’re uncomfortable with.’ Susanne

‘I know a woman who ended up in a similar situation. The man was supposedly a great Christian guy, but he pressured her into sex. It had lasting repercussions and left her feeling bitter. That woman is now my fiancée. Part of loving her is respecting her wish to remain abstinent before marriage. If a guy loves his girl, he’ll respect her desire for abstinence. If he really loves her, he’ll want to wait as well.’ Robert

‘I’ve been in a relationship where the woman expected sex and was very open about her desires. I had to soul-search about how to react to her strong sexual appetite. It was a strange and unreal situation to be in.’ Graham

‘If this guy truly loved her and respected her, he wouldn’t be pressuring her. The best thing she can do is dump him. He’s thinking about the one person he’s deeply in love with – the man he sees in the mirror every morning!’ George