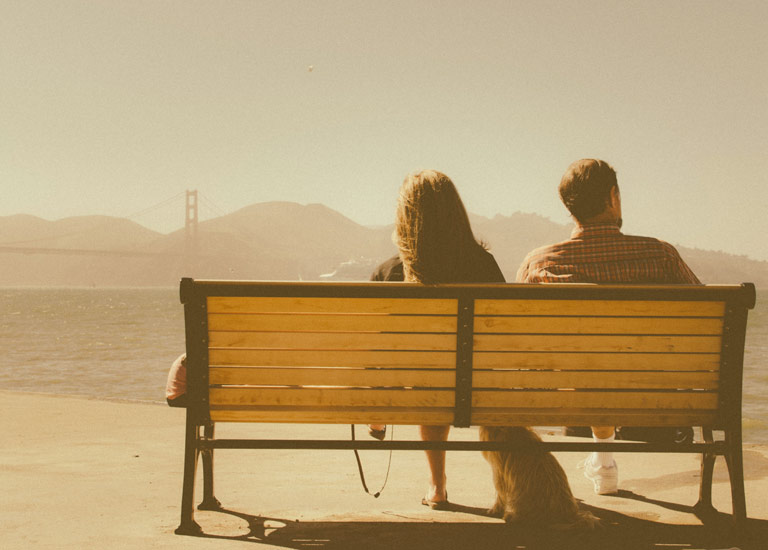 The worst dating advice I ever received

It’s hard to believe it was just over one year ago that my life as a bachelor came to an end. Although there was much about that lifestyle I enjoyed—the sense of freedom, the lack of responsibilities, the ease of decision-making—there’s more about it I don’t miss. In fact, there’s one particular aspect I’ll never regret leaving behind…

I’m not saying dating is hard. After enough trial and error, most of us get the hang of it. I just didn’t like the entire process—the inherent uncertainty, the lack of clear guidelines, the seeming futility. Most of all, I disliked the constant stream of advice from friends.

When I was a bachelor, I never lacked dating advice. To be sure, some of it was helpful. Most of it, though, ended up making matters worse.

For instance, I can’t tell you the number of married friends who told me if I wanted to find my spouse, I needed to stop looking. But after a few dateless months, I was still single.

Another friend told me the secret to getting married, is to ask out a different girl each month. Yet that strategy only ended up hurting the girls I dated to meet the quota, not because of any real interest.

None of this compares to the advice that I received from one well-intentioned friend. After dating a woman for several months, my friend told me I needed to end the relationship if we weren’t ready to get engaged.

The problem with any dating advice is it presumes all people—and relationships—are the same. It’s only natural for us to view our experiences as expressions of universal truth. We figure if a certain strategy or technique worked for us, it’ll work for everyone.

What we forget is that while a principle derived from an experience may be true for us, it’s not necessarily true for everyone. This is particularly so when it comes to relationships.

Take the advice I received from my friend—you shouldn’t date anyone seriously unless you know you’re going to get married. This advice is born out in the lives of countless couples, including my parents.

Yet I know other couples who took weeks, months, even years to make this decision. And as far as I can tell, the speed at which two people get engaged isn’t an indicator of marital happiness or success, one way or the other.

Every relationship is as unique as the individuals involved

Any relationship advice based on experience is inherently subjective. What worked in one relationship might work for another. But it might not. In fact, the opposite might end up working.

That’s not to say there don’t exist timeless, core principles. Practices and attitudes like courtesy and respect, honour and prudence, wisdom and discretion. I’m not suggesting we overturn these fundamentals and start afresh, each of us left to our own devices.

As for everything else you hear about dating and relationships – give it consideration, particularly if it comes from someone you trust and respect, but don’t accept it as gospel truth. Instead, see it as true based on one person’s experience. But maybe not for you.

That’s how I treated my friend’s advice. I heard it, but I didn’t accept it.

So is my wife.

This article was originally posted on paulperkins.com. Photo by UsersThink, licensed under Creative Commons.

Paul Perkins is an attorney living in Washington, DC. He writes about living intentionally at PaulPerkins.com.