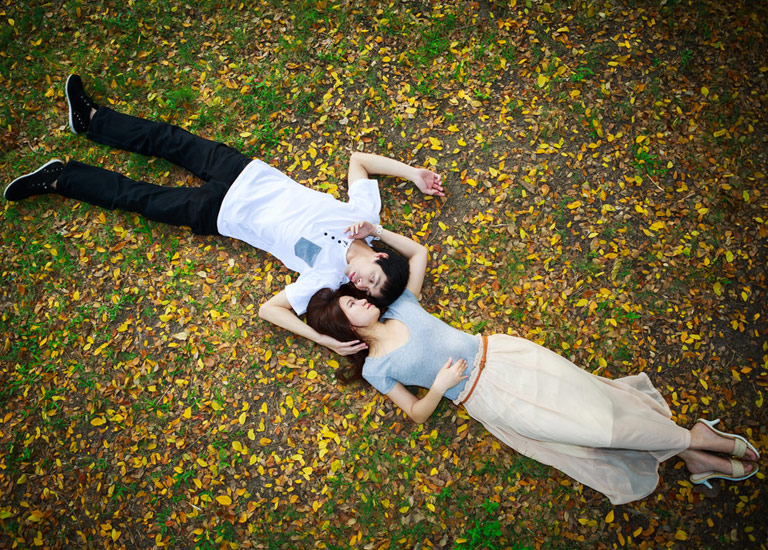 There’s no such thing as “love at first sight”

A recent poll on TrueLoveDates.com revealed that more than ⅓ of voters believed in “Love at First Sight”. According to some of the people I’d spoken with, they knew they fell in love within a few moments of making eye contact. Their feelings were undeniable.

The heart-fluttering, brow-sweating, stomach-knotting emotions that were simply out of their control. There was chemistry, there was connection, there was immediate attraction. They were struck by love, and there was nothing they could do to get over it. So, how can one explain this instant connection other than saying that it’s pure love?

And yes, it’s as crazy as it sounds…

The premise of this show is to “do-away” with the concept of modern-day dating, offering 6 individuals a chance to be paired to their “perfect match” at the altar. Psychologists and Sociologists work hard to evaluate the candidates with psychological testing, interviews, and assessments in order to match them with their most compatible counter-part.

Eventually, the “experts” pair up two individuals and they meet for the first time on their wedding day. After they get married, they have 6 weeks to live together and make their marriage work before deciding whether or not they want to stay together, or get a divorce.

Essentially, it’s a modern day arranged marriage (minus the option for divorce, of course), and it’s an interesting premise, which is why I decided to tune-in.

But as the season unfolded, I couldn’t help but make some interesting observations about the three couples who participated.

For one thing, I noticed that the couples who had the most “chemistry” at first sight, were the ones who ended up having the most unhealthy relationship, and getting divorced in the end. In the first episode, you watch them glance at each other and you can see the instant attraction flying off the television screen. One of the women described that initial moment as a “fairy tale” experience. In the past two seasons of the show, 3 out of 4 of the couples who had that instant experience of “love at first sight” ended up filing for a divorce only 6 short weeks after that moment. You know what that tells me? “Love at first sight” – isn’t really love, is it?

The second observation I made was that any couple who is considering whether or not to get a divorce at the 6-week mark, can’t be a couple who is really after life-long love. Because true love in any relationship is ONLY defined within the context of commitment. So how can you talk about love, or even marriage, outside of that context?

You see, I have a hard time swallowing the idea of “love at first sight”, because by the very nature of the definition, it describes love as a feeling. But here’s the thing you need to know about feelings: they can’t be trusted.

They’re fickle, up and down, and often even deceitful. Feelings come, and just as fast, feelings go. One minute you can feel defeated by sadness, and then in a blink of an eye, happiness follows. Confusion turns to assurance. Excitement into fear. I fully believe that feelings should influence us, but they should never lead the way.

To believe in love at first sight is essentially to let emotions take the reins, which ultimately causes confusion more than it makes a way for romance. Healthy relationships are based on so much more than feelings.

On the other hand, feelings shouldn’t be repressed. They are meaningful, when kept in perspective. They have an important place in our lives and can be a powerful influence in the choices we make.

To read the article in full visit TrueLoveDates.com.