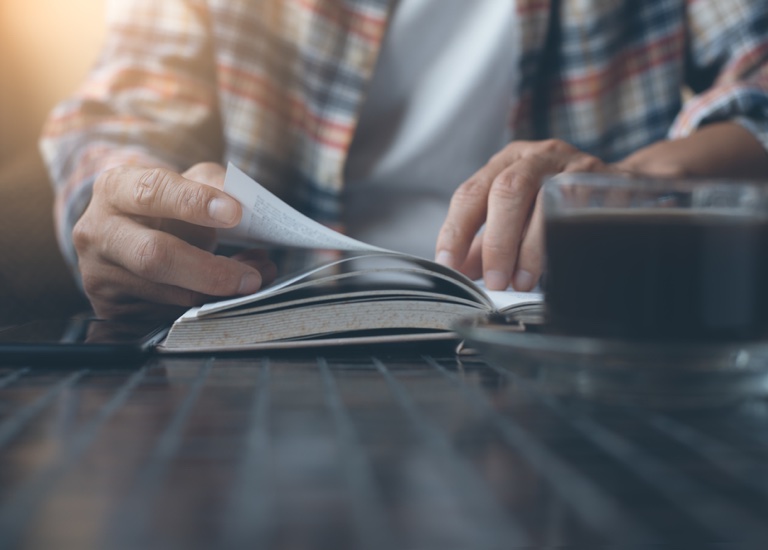 Single in church – what about the biblical teaching on dating?

Biblical dating doesn’t exist. Dating is something you do or not do, but it’s not a holy activity. It can be done in a biblical way in and of itself of course, but I wouldn’t go so far as to call it ‘biblical dating’ because that implies it’s something more than just meeting someone.

It implies there’s some mythical, holy vibe around it or that should be around it, making it something God is directly intervening in. He might be, we don’t know. But it puts so much pressure on the occasion to look for signs of His approval or disapproval that it’s hard to just get a conversation going, let alone get to know someone’s heart a bit more. Which in the end ruins dating in itself.

Besides, what does the Bible say about dating? Not very much when you think about it. Although it depends on how you define dating. To me, a date is meeting someone new – over coffee, a walk, a museum visit, you name it. But meeting someone new in a public place, getting to know them better. No holding hands, definitely no kissing, just conversation that hopefully is mutual and flows a bit. Getting to know the other person’s character is the goal. Finding compatibility, friendship and hopefully something more than that. But if not, nothing is lost, no time is wasted. You have just spend a few hours with another one of God’s creatures, with a brother or a sister. That can never be a waste of your time.

But when you define dating as the start of a marriage, you can find plenty of examples in the Bible. The Old Testament is especially full of matches being made (although not always the best of matches you might argue). Marriage in the Bible is seldom monogamous and often involves a much older man marrying a girl who’s practically just a teenager. So there is a very specific cultural context to consider. Furthermore, communication skills and conflict management skills weren’t on the agenda back then, just as pre-marriage courses weren’t available. Leaving your family was often an issue as this was practically not possible because of the family business.

But cultural differences aside there are some interesting observations to be made from the Old Testament matches. It all starts with Adam and Eve. Now their meeting was a no-brainer, as Adam fell asleep and God created Eve out of Adam’s rib (Genesis 2:18-23). No dating site involved there whatsoever. And what guy wouldn’t be thrilled to find a wife by his side the next morning upon waking up? Wouldn’t that be simply, wonderfully effortless? Alas fellas, there’s work to be done since Adam.

Next up was Isaac, whose father decided it was time for him to find a wife. His opinion about this matter is not too clear, but Abraham decides to sent his servant to the family, because where they lived, there weren’t suitable wives to be found (Genesis 24). The servant is told to go and find a place where there will be suitable matches both in family heritage as in faith. What does the servant do? He goes to – *drum-roll* – the well. Smart man. The well is the meeting place of the community. This is where the single ladies will be and lots of them.

It’s not just Abraham’s servant who finds Isaac a wife at a well, the well is a theme throughout the Old Testament. It is the place to go when looking for a wife or husband. Jacob finds Rachel at a well (Genesis 29). Moses finds his wife Sippora, yes sir, at a well (Exodus 2). So the well is the dating site before the Internet, the pub before pubs and the church even before churches. It is where the community would gather at the end of a working day to rest and be refreshed and to exchange news and fun facts.

Back to Abraham’s servant, the first matchmaker mentioned in the Bible. He is advised by Abraham to let himself be led by God (Genesis 2:7 NIV) ‘…he will send his angel before you so that you can get a wife for my son from there’. How this will be done is not entirely clear. The servant himself prays that the woman God is choosing will offer him and his animals water to drink. Which was a lot to ask because of the heavy job of getting water from the well, and also because it would probably be inappropriate for a woman alone to offer water to a stranger. But in verse 15 it says: ‘Before he had finished praying, Rebekah came out with her jar on her shoulder’. And yes, she gives both him and his animals to drink (mainly because he asks her to do so it seems, but still).

Another interesting part of this story is the liberty of choice Abraham leaves the future bride of his son. Verse 8 says: ‘If the woman is unwilling to come back with you, then you will be released from this oath of mine’. And later on in verse 58, her father inquires if she wants to go and marry this man she has never seen before. Which she does, brave woman. The beauty of the story is in the ending. Verse 67: ‘Isaac brought her into the tent of his mother Sarah, and he married Rebekah. So she became his wife, and he loved her, and Isaac was comforted after his mother’s death’.

A match ‘well made’ or a love well lived? You see, that is always the question. They may have been a good match, but they also most likely put in a lot of effort to love each other well. Which in the end is what matters the most. Because regardless of how a match is made, it’s the mindset people have about keeping a marriage intact that matters. It doesn’t need to be love at first sight and as philosopher Stanley Hauerwas says: “You will always marry the wrong person”. You will marry someone imperfect, with flaws and challenges as you have your own flaws and challenges. And the beauty of marriage, in the end, is that it is just like dating, something you do. And you can do it well when you do it in a mature and Godly way.