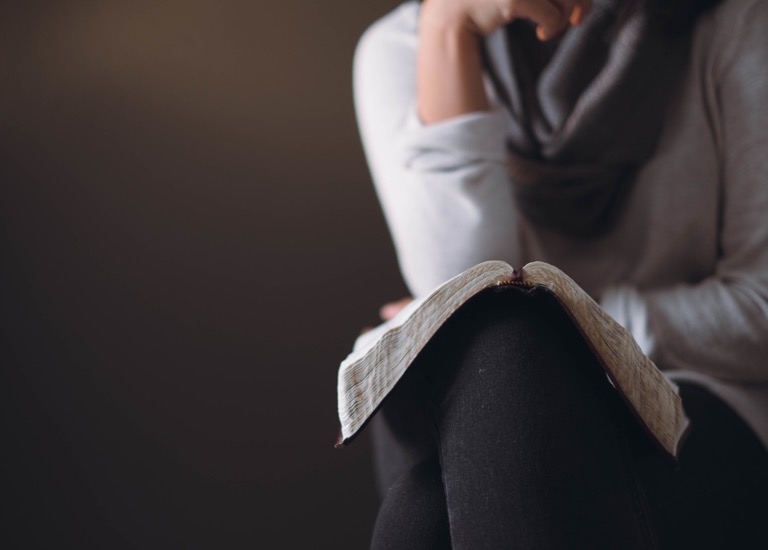 What the Bible actually says about singleness – Part 2

In the second of this two-part article, we will continue to explore the biblical teachings surrounding singleness. The important point we will look at in this post is the idea that the Bible never places single people into a single category.

In my last post, I outlined that singleness and marriage are both valued in the New Testament and upheld as being equally good. (Read Part 1 here)

The Bible talks about six key categories that can help us understand singleness in the light of Scripture. These categories in the Bible would have referred to adults of marital age, and we must remember that people would have been pledged or married very young. So a very small percentage of adults would have been single and/or never married.

The categories outlined in the Bible are: Death, Desertion, Divorce, Desire, Disadvantage, Default.

The Bible talks about adults who are single because their marital spouse has died. They are therefore widows. The Bible talks about the need to look after them as they can face economic hardships, especially in the culture the Bible was written in.
(E.g. James 1:27; 1 Timothy 5:4-5)

If two non-Christians get married, and then one becomes a Christian later and the other person leaves them because of it, this would cause singleness in adult life. The Bible talks about this scenario too.
(E.g. 1 Corinthians 7:12-16)

This is spoken about in several places in the Bible. Some argue divorce is acceptable in some circumstances, others say it never is. Either way, the Bible says this is a reason for singleness in adult life among the people of God.
(E.g. 1 Corinthians 7:10-11; Matthew 19:1-9)

Some people want to remain single their whole life because God has called them to be. Some people just don’t want to get married. Jeremiah and Jesus had this call.
(Jeremiah 16:1-2; Matthew 19:10-12)

Sometimes people cannot marry and sustain an intimate, sexual and emotional romantic relationship because of a disadvantage. For example, in the Bible eunuchs don’t have any genitals, and therefore would not have married in that culture.
(E.g. Matthew 19:12)

This refers to Christians who want to get married, but they haven’t found a suitable partner yet. This may be, for example, because they want to marry a Christian but can’t find one. They have a desire for marriage but are unable to get married.

This category isn’t really addressed in the Bible. It does sometimes talk about virgins/unmarried people who should get married if their ‘passions’ and sexual desire is too strong. (E.g. 1 Corinthians 7:36). So these people aren’t married, but deep down they want to be. However, not all single people are balls of uncontrollable hormones. So while the Bible addresses some (potential) aspects of the ‘default’ category, it doesn’t address every aspect.

So what can we learn from this teaching?

The Default Is Growing

The default category is the issue Christians and the churches need to really think about. The growing number of women compared to men in the church is set to continue, and many Christians wish to marry another Christian. This means that there are loads of people who want to get married, but simply can’t.

By default, people find themselves single. Which isn’t meant to make them sound bad or be patronising, but they don’t foresee an option other than singleness because there are no suitable partners.

I remember a church leader saying ‘We put on a singles night and no-one came, so why bother?’

More and more Christians need support, advice, and help in this area because this category is real and growing in our churches. People will be faced with tough decisions and we need to be able to respond biblically, graciously and authentically.

I remember a church leader saying ‘We put on a singles night and no one came, so why bother?’ But a 55-year-old widow is different to the young single person who has never been married. And a divorced person is different from someone who feels called to be single for their whole life.

I find that most single Christians don’t want a ‘singles night’, or a ‘singles ministry’, what they really want is to be part of the family. They want church and friends to include them no matter what their relationship status is, or what category of singleness they fall into.

No two single people are the same, but we all want to belong

Also, saying cliches like ‘God is preparing someone for you’, can be really hurtful to someone who is divorced or someone who feels called to singleness for life. Or saying ‘singleness is a blessing’, while true, isn’t helpful if someone wants to get married and can’t because there aren’t enough single Christians in the church.

Each category has its challenges, but they are not the same, and no two single people are the same, but we all want to belong.

I want this article to be part of the growing attention that singleness is receiving on the internet. It’s an important area that can’t be ignored or reduced to ‘a step on the road to marriage’.

Imagine if, we stopped assuming the single people in our church have the same problems we had/have as a single person, and started to ask about their concerns and struggles.

What is the one thing we can do as a church and individuals, to help people who are single?

This article was originally published on The Naked Truth Project

If you’re interested in issues around singleness and the church, take a look at our sister project Single Friendly Church.