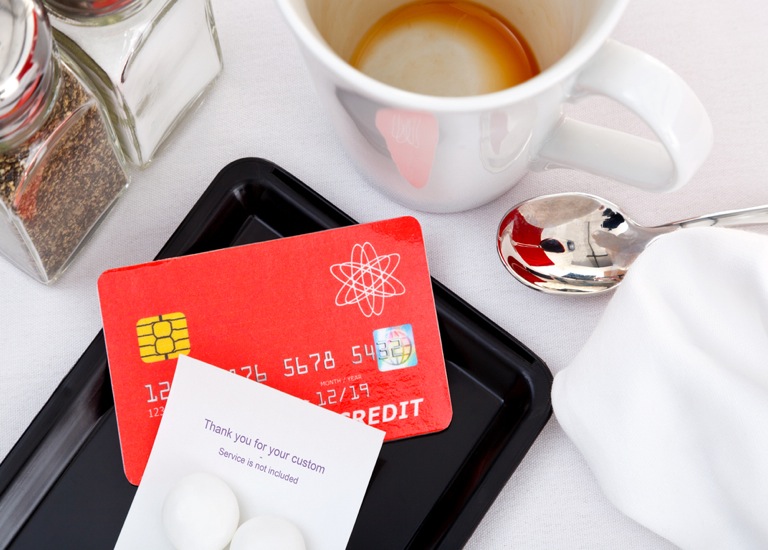 Who should pay on a first date?

Even when I got to the stage in my dating adventures when I was positively blasé about first dates, there was always one point in the proceedings that was guaranteed to raise my blood pressure. The moment the bill arrived. It wasn’t such a stress if we’d just met for drinks – we might even have taken it in turns to buy rounds. But if we’d gone the whole hog and had dinner, I’d dread the waiter approaching with that ominous piece of folded paper on a silver plate. Should I go with tradition and leave it to the chap to pick up the tab? If I tried to go Dutch, would I offend him? If I didn’t, would I look like some gold-digging prima donna?

This minefield of social etiquette comes up regularly on my Facebook page. For some, it’s a no-brainer: tradition wins out. ‘A true gentleman will always pay on a first date,’ is an opinion widely held by both men and women. Some are scandalised there’s even a question to answer: ‘Chivalry must truly be dead if issues like this have to be discussed!’ Others go further: ‘Not just the first date; the man should pay for every date – it’s the way God intended,’ and, ‘If a man can’t provide for a woman now, he won’t be able to after they’re married, so he has no business dating at all.’ Crikey!

Nevertheless, 21st century courtship brings new dilemmas when it comes to funding the fun. David Pullinger’s research for Christian Connection confirmed that: ‘Within the context of online dating, anyone can approach anyone.’ So if it’s the woman who suggests meeting up, should the man still expect to pay? ‘Whoever asked the other person on the date should cover the cost,’ is the opinion of many modern daters.

Research shows that younger daters are more likely to split the bill. In any case, some women don’t feel comfortable being paid for on early dates – and it’s not about being an uppity madam, intent on destroying chivalry! ‘You split the bill – always,’ said one woman. ‘No issues, no obligation, no hidden agenda. Then you can walk away or continue with a clear conscience.’

For years, I felt much the same myself. If a man coughed up for everything, I felt somewhat indebted to him. If we split the cost, I knew I could make a clear-headed decision about whether to see him again, without worrying that I’d taken advantage of his generosity. Besides, the feminist in me felt it was unfair on men to always have to foot the bill – and if onliners are going on lots of first dates, it can get pricey, so sharing the cost seemed only right (although I will admit to feeling somewhat affronted when one guy actually pulled out a calculator when the bill arrived!).

There’s also the fear of being labelled a ‘dating diva’ who expects to live it up at the expense of any guy daft enough to be drawn into her web (‘Too many women use men just to get a free lunch,’ said one fellow. Ouch!). So I’ve often insisted on going Dutch. I’ve even been known to overcompensate by snatching the bill and covering the lot myself!

However, other chaps in the chatroom challenged my opinions. They were horrified that a woman might feel obligated to them if they pick up the tab. ‘It’s the gentlemanly thing to do – in no way would I feel the lady owed me anything,’ said one. I hadn’t realised that by insisting on going halves, I was robbing my date of the chance to feel like a gentleman, and that it could even be taken as outright rejection. ‘If she insists on splitting the bill, she sees you as a friend, nothing more,’ concluded one man. Yikes!

After that, I tried to tread the middle ground. When the bill arrived, I’d get my purse out, ready to pay my way. If I wasn’t interested in romance, I’d try to share the cost. But if I felt there was potential for a relationship, I’d allow the man space to pay if he wished, and accept his gesture with good grace. After all, if more dates followed, I could always pick up the tab another time.

When I posed the question again on my Facebook page, one gentleman confirmed: ‘Paying on early dates gives the man a chance to show some manners and respect for the lady.’ Would I really want to cheat him out of that?

Maybe I shouldn’t take Facebook commenters too seriously, though. One guy joked: ‘You should both take along your salary slips and split the percentage according,’ while another advised: ‘Ask for the bill, then run off without paying – it’ll give you loads to talk about on your next date!’

Men, are you impressed or offended if a woman wants to share the cost of a first date? Ladies, if a man insists on paying, do you feel cared for or compromised?