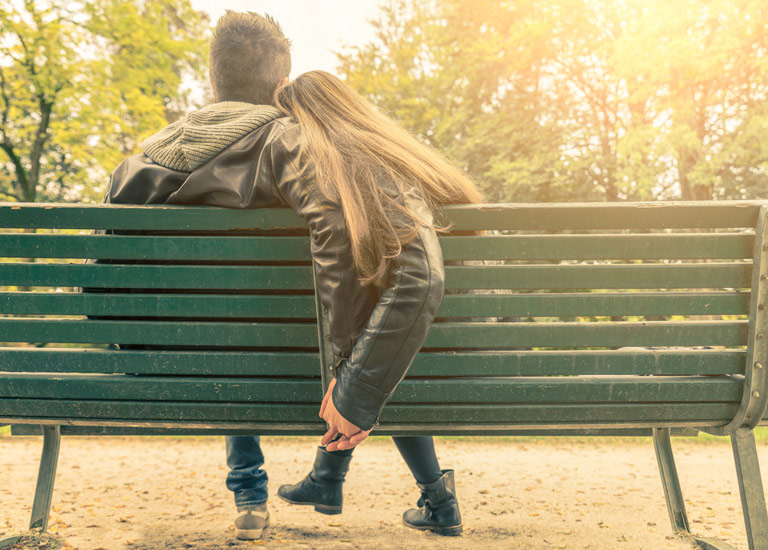 3 things every single should consider

The combination of Whirleyball, Italian food and deep conversation made for a very entertaining Saturday night with friends. As I filled my stomach with Patrizio’s and conversed with a male friend about gender roles, my mind began to wander.

My friend referenced Genesis 3:16, and as I heard him say the words, “Your desire shall be for your husband,” my unfocused brain thought: There are so many singles here tonight; why aren’t any of them dating?

That question pops into my mind quite often. The more social gatherings I attend, the more I wonder how we as singles aren’t connecting. Are we too picky? Are we content in our singleness? Are we living selfish lives that are keeping us single longer?

We could ask many questions in an attempt to answer why we aren’t connecting, but I think the answer is quite simple: Men aren’t asking women out, and women aren’t saying yes when they are asked out.

Friendships are happening, groups are gathering, but connections aren’t being made. We’ve made dating far too complicated. The fear of rejection keeps some from pursuing, and the search for perfection keeps others from seeing the potential of those already in their lives. We are reaching outside of our own churches to date when there are plenty of singles all around us, and the excuse of not wanting to “ruin the friendship” is prolonging seasons of singleness.

Let’s set those things aside and look at the benefits of the simplicity of asking and responding.

It will produce growth

In his book, I Gave Dating a Chance: A Biblical Perspective to Balance the Extremes, Jeramy Clark says, “Marriage itself should not be the only target in sight as you date. You have to learn to view each dating relationship as a step in learning and growing.”

While I don’t suggest you run around aimlessly dating if you are not ready or have no desire to marry, I do agree that dating is an opportunity for learning and growing.

Dating exposes us to different personalities. Dating helps us practice patience and compromise. It helps us learn how to serve others. There are many wonderful benefits to dating, but if we are staying stuck in our habitual role of singleness, we are missing out on wonderful opportunities to sharpen our character.

You won’t know until you give it a chance

His request, followed by my willingness to learn more about him, accomplished two things: It allowed us both to meet and get to know more about each other, and it gave us a chance to learn if we were a match.

Sometimes singles make the mistake of “filling in the blanks.” In the absence of learning more about someone, we start to generalize based on what we know. This is a very dangerous line that can easily cross over into idolizing the other person, but taking the opportunity to learn more helps you truly assess whether or not they would be a good life partner.

A few years ago, the young adults pastor at Watermark Community Church in Dallas urged men to “find the godliest woman you know and ask her out.” To the women he had two words of advice: “Say yes!”

It was fun to watch how the men reacted to his plea. I’ve never seen a group of men feel so encouraged in their pursuit.

For two people I know, their response to the plea that night will result in the union of two becoming one next month. My current roommate will be getting married to a man next month who listened to the words of that sermon and found the courage to ask out the godliest woman he knew. And that godly woman—knowing the heart of the man who was doing the asking—accepted his request.

Dating doesn’t have to be this hard. It’s not complicated. Find someone who is moving toward Christ at a similar pace as you—someone who has similar interests and whose company you enjoy—and ask them out. As a female, I can’t relate to the fear of rejection men face as they try to build up the courage to pursue, but I can tell you this: They all don’t work until the one that does. Each no gets you closer to a yes. Each failed relationship helps us learn and grow. Each date gives us an opportunity to learn more about someone God took the time to weave together intricately.

Ladies, if a man is brave enough to approach you and ask you out, applaud his courageousness and take some time to get to know him. You never know; it may be the one that works.

This article was originally posted on Single Matters on 19 Sept 2014.