We’re all different and have different upbringings and outlooks on life, so it’s completely normal to have disagreements from time to time. Whether you’re in a relationship, or just getting to know someone, a time will come when you’ll find that you’re not on the same page, or you just have different views on a particular matter. What do you do when this happens? Jump ship? Decide the friendship or relationship is worth more than a (small) disagreement? It’s not fun having disagreements with people we care about, but there are some simple ways to disagree without losing the relationship. Here are five tips on how to disagree well.

How do you do this? Imagine you were the other person, with the same kind of upbringing, and life experiences. Imagine that you went through everything they’ve been through. If you can slow down and allow yourself a few minutes to think like them, you may begin to see how they could think the way that they do.

When you listen, try to understand rather than to be understood

I’m sure you’ve heard this before. Most times, when we have a different viewpoint from someone, we just want to get our point across. We want them to understand where we’re coming from and we don’t care about where they’re coming from. But, if this is someone we really care about, or someone we’re trying to build a relationship with, we must learn to listen to understand. The Bible says in 1 Corinthians 13 verse 5, that love does not demand its own way (or, is not self-seeking). So, instead of trying to bulldoze your way and get your point across, take a step back and try to understand.

Think of the bigger picture 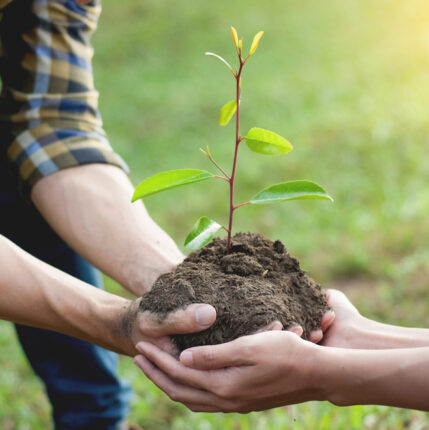 Ask yourself the question- ‘Is ‘losing’ this argument really worth losing this relationship over?’ Is it really that big a deal? If the relationship is important to you, then it shouldn’t matter who is right and who is wrong. One of the things I’ve learnt in marriage is the importance of ‘picking my battles’. My husband and I don’t disagree too often, but like most couples, we are different and have different ways of doing things.

Now, again, like most people, I love to be right and usually want him to accept my way of thinking. But I’ve learnt that that is too much effort, because, guess what, he also thinks he’s in the right! As you can imagine, I soon learnt that not everything is worth arguing about; some things, I can just let go off. Most disagreements are not worth the hassle, if we consider the bigger picture.

Think before you speak

Write things out properly so that you know what points you want to put across. Slow down and take your time. Many a time, people say things in the heat of the moment that they don’t mean, or find that they cannot articulate themselves well enough in the middle of an argument or disagreement.

If this is you, then take the time to think about what you want to say before you say it. Write it down if you have to. Don’t just say everything that’s on your mind in the hope that you will get the other person to see your point; express yourself in a calm and gentle manner. The Bible says in the book of Proverbs 15 verse 1 that ‘a gentle answer turns away wrath, but a harsh word stirs up anger’. So, think before you speak.

At some point we have to accept that we will not always see eye to eye with someone. It is completely OK to agree to disagree, so that you can move on, and avoid going round in circles. If what you’re arguing about is something you don’t think you can compromise on, then you may decide that the relationship is not for you. Or, you may decide that you’re both adults and each person is entitled to their opinion, and even though you disagree with it, you can live with that. It takes maturity to let go but agreeing to disagree means that each party can leave without feeling like they’ve ‘lost’.

As humans we are different in so many ways and it is inevitable that there would be times when we just don’t see eye to eye. But, we don’t have to lose a relationship over a disagreement, especially if it is something that is not that important. If we try to see things from the other person’s perspective, listen to understand rather than to be understood, think of the bigger picture, think before we speak and sometimes just agree to disagree – or disagree well – we are well on our way to building healthy relationships especially with those we care about.