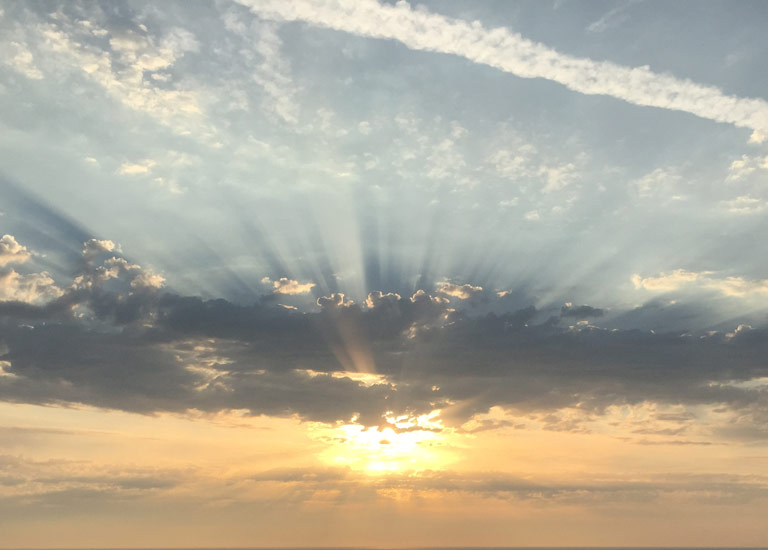 A word from God… or wishful thinking?

‘Someone gave me a prophetic word that my future husband lives in a particular city, that I must step out in faith to meet him, and that we’ll have children, which I long for,’ said the letter. ‘I’m very excited and I’m now planning to relocate. This will mean leaving my job and moving to a place where I don’t know anyone, but I want to be obedient and it’ll be worth it to meet the man God has planned for me.’

Crikey… what could possibly go wrong?!

Occasionally, you hear amazing stories about God giving someone a clear word about their future spouse – a miraculous meeting follows, and they go on to have decades of blessed union. However, those stories are unusual enough to be turned into bestselling books. For most of us, life is more down to earth and, while we should be open to God’s plans for us, we should also exercise judgment, wisdom and common sense.

I once met an older gentleman who, decades earlier, had been given a ‘word’ that he was going to marry a woman called Celia. He spent his whole life looking for Celia (and scaring off any Celia he actually met!). I later heard that he’d died, still single and still waiting. This false prophesy may have cheated this dear man out of a happy marriage with a woman who was a perfect match for him, because the only thing on his radar was ‘Celia’. How tragic.

It’s very easy to be convinced we’ve had a word from God, and to get carried along on a wave of excitement, especially when it concerns matters of the heart. But the Bible tells us to test prophesies – and unless strong confirmation comes from more than one source, I believe we should hold them lightly. I’ve received false prophecies before, and I’ve watched friends make catastrophic decisions based on dubious ‘words’ from God, only to realise – too late – that they were just wishful thinking.

The same goes for believing you’ve had a direct word or sign from God. This thing is, we’re all vulnerable to feeling that something is meant to be, when the truth is that we just really, really want it. But if God has a specific plan for you, he’ll make sure it’s confirmed by other mature Christians. That way, you won’t end up like one of my friends. She had a crush on this guy for years. One day, out of the blue, he wrote her a letter saying God had told him she was his future wife. She was thrilled that her prayers had been answered at last, and they started planning their wedding shortly after. Only after they’d said ‘I do’ did they discover that not only were they completely incompatible, but they didn’t even like each other. They and their families didn’t believe in divorce, so they suffered in silence, living largely separate lives for nearly a decade before finally throwing in the towel.

Oh yes, I could tell many a story about mistaken words from God. There’s the woman who’s been holding out for five years for a guy she barely knows, who she believes is her future husband (meanwhile, he’s dating someone else). And there’s the lady who’s currently engaged to a widower who told her God wants them to marry… while everyone else can see she’s walking blindly into an awful, controlling relationship. It’s enough to break your heart.

Of course, truth is stranger than fiction and it would be thrilling if, in a few years’ time, my letter-writer came back with a story of meeting Mr Right in her new city. But I could never recommend someone uproots their life – geographically or otherwise – unless they have total peace about their decision. God doesn’t need us to move across the country to fulfill his plans – he’s more than capable of making our paths cross with our future spouse. Nor should we become fixated on someone being ‘The One’ until we know them well enough to confirm they’re a good match. Instead, let’s stay open to meeting someone who might not fit the narrative we’ve imagined, but who may prove to be perfect for us.