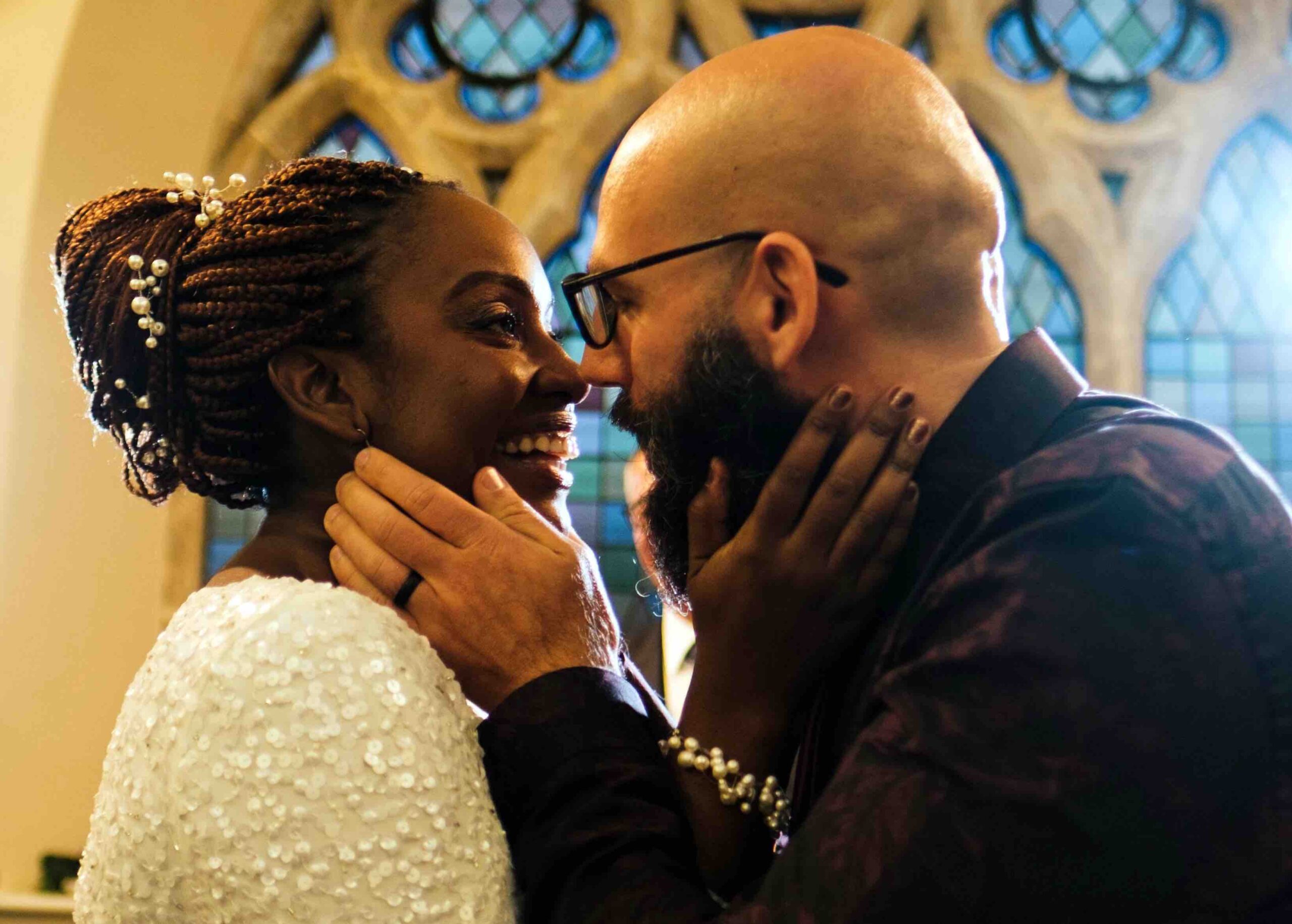 Shared interests matter. Sometimes looking for a good match online can feel like searching for a tiny fish in a very big pond. Having faith in common is a given, but ideally you’d like to meet someone who shares – or at least appreciates – your hobbies and concerns too. It can feel a bit risky to add your likes to your profile – will there be anyone else who appreciates bird spotting or paddleboarding? But couples who’ve met through Christian Connection tell us time and time again how important it was to see favourite music, films and places, among other things. It was also a great way to break the ice in a first message. 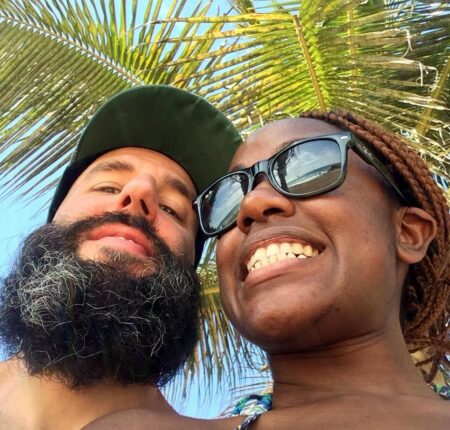 Manuel and Pauline, also seen above on their wedding day

Manuel and Pauline met through the site, and discovered they had some unusual shared interests: “Before we met, we never thought we would ever get married, as we’d been single for a very, very long time. We started talking on Christian Connection, our profiles had theology, New York City and the music band Deftones in common.”

Josh first contacted Joanna after searching for someone who enjoyed board games, and they married in 2017: “Our first meeting was a bit awkward, but we were both much more relaxed when we met up for a second time!”

Colin and Emma “met through Christian Connection and a mutual love of Frasier! We got engaged in May 2018 and are planning our wedding for next August. We are both so grateful to Christian Connection – we are both romantically very shy and so it was a big help. Colin and I are very different (apart from the Frasier thing!) but somehow it just works.” 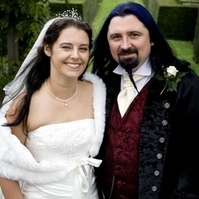 For Darren and Michaela, their unique mix of interests brought them together: “We were both a bit reluctant and embarrassed. Neither of us was convinced it could work, as our tastes are quite alternative and neither of us fits into the “nice” Christian role model. Of course, God already had this all worked out, and was planning it all along… Darren was on a free trial when he emailed me in May. We met up after a week or two, and spent long evenings in the pub getting to know each other. We knew we were onto something good when we found out we both had tickets to the same NIN gig.”

Alistair and Heather “found we had loads in common, mainly singing and cycling, but other interests too. We met up for a couple of cycle rides, which both ran way over because we were so busy talking!” 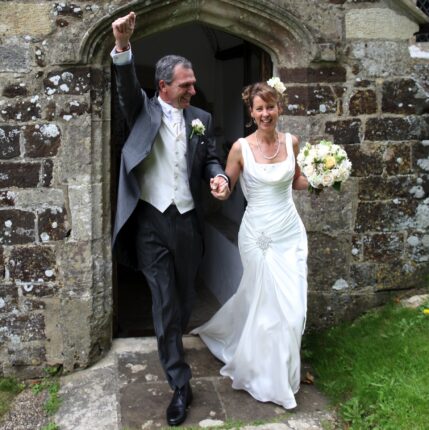 Gilly and Rob on their wedding day

Gilly and Rob had similar experience on wheels – and then opened up to each other’s interests. “Having lots of things in common apart from our faith helped. We both love walking and cycling and as I got to know Gilly more I even agreed to go dancing. In return I taught her how to play golf…all be it badly.”

Norma wanted to meet someone with whom she felt she could share an important experience: “I decided to narrow my search to someone who had been widowed like myself, as l felt empathy would be a starting point. Michael’s profile popped up one day and he was widowed and lived a 20 minute drive away so l duly waved and he responded. He has since told me that he had indeed looked at my profile but had felt l was out of his league!”

Anne had also experienced loss before she joined CC: “I joined Christian Connection in June and met with other widows just to share our stories of loss. I became very despondent about meeting someone for a date and decided I was not going to renew my membership in December as it all seemed pointless. At the end of October Mike waved to me.” They married in 2012, and she adds, “We have the blessing of our respective children, 6 in total!”

Updating your profile to include your interests is easy. Think about the activities you’d like to share with a partner – or include something you’ve already tried and want to improve at – a great idea for a date, too. You may connect with someone who likes many of the same things or be intrigued by someone’s existing interests.

And, if you’ve met someone on Christian Connection, don’t forget to let us know!