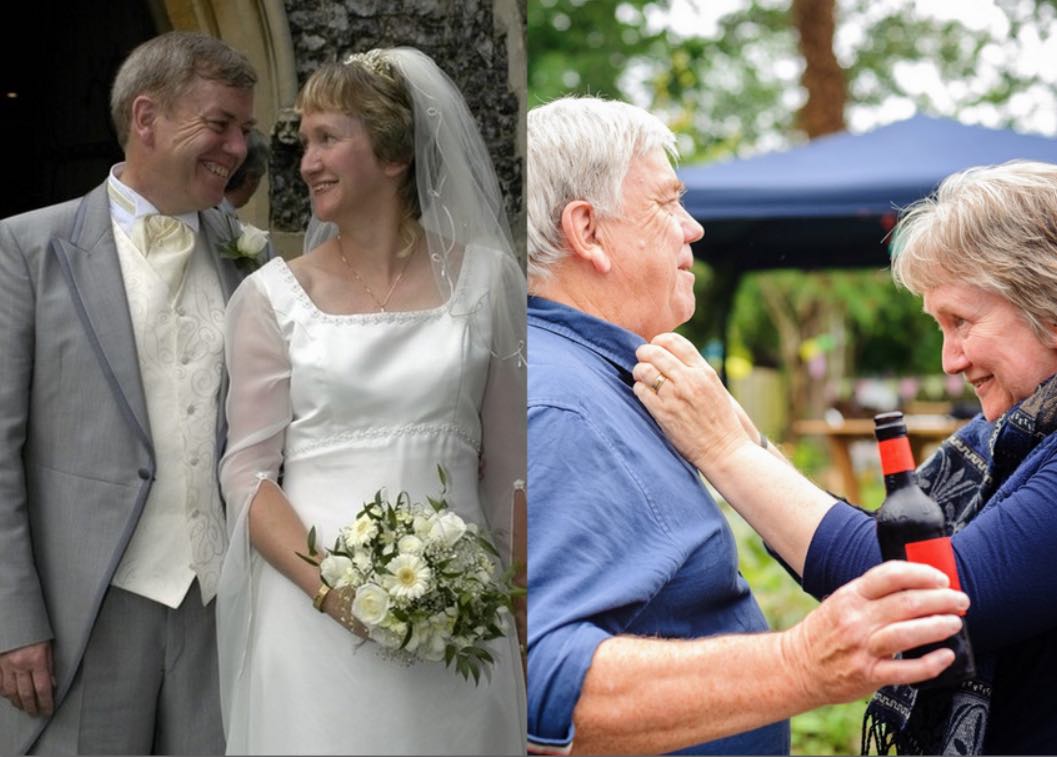 “He was there waiting for me” – Helen & Ralph, our Christian Connection story

“Recently Single Friendly Church put up one of those little polls: “Have you or would you use a Christian dating site to meet other Christians?” I was surprised to see how many said they hadn’t used such a site, and they wouldn’t; around 40% of those replying. Well, I did, and I would recommend it…

As it happens, I was at a conference recently when someone asked why we don’t have a theology of dating. It’s an interesting question. I am not qualified to comment on the theology, but I do have some practical experience to bring to any discussion!

For most of my life, I hadn’t seriously thought about online dating because, well, you hear stories. But in my forties, never married, I was in our local Christian bookshop and happened to pick up a magazine which featured Christian Connection, which is now a partner of Single Friendly Church.

Helen and Ralph at the beach during their dating relationship

I thought, well, I can probably spot a dodgy Christian man from several miles off so maybe that would be worth doing. So I constructed a profile, found some cheerful photos, and began. I set my parameters quite tightly, in terms of distance (I don’t drive) and educational background (for some insane reason I thought that Mr Right needed at least a first degree) and waited to see what happened.

Meanwhile, I found that the various discussion threads which at that time featured on the site were very good fun. They ranged from serious discussions of current affairs and theology to more entertaining topics. I started one on fridge magnets.

I found a supportive community in which people shared tips, checked out each other’s profiles to give advice and shared information. I even contacted some men whose profiles were just non-starters, not to set up dates but simply to give some sisterly advice. 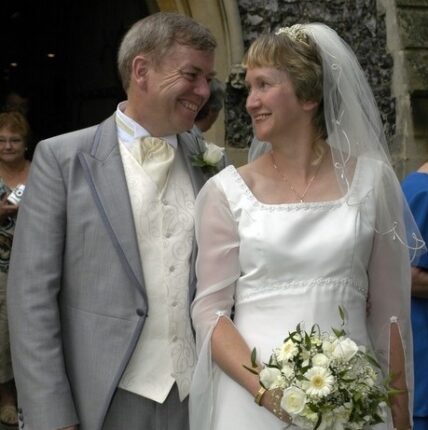 Helen and Ralph on their wedding day in 2005

I was having such fun in this online community that the men who expressed an interest stopped being the main reason for being there. There was (and still is) a strong emphasis on keeping one’s details private, at least until you’d had a chance to meet in person.

I found people who matched the parameters I’d set up, chatted on the phone, and met two of them; both were lovely, but one seemed to be back in the water too soon after a very bad relationship breakdown and, while the other was lovely enough that we had a second date, there just wasn’t that spark.

And then I was contacted by someone who’d found me, rather than the other way around. He didn’t match all my parameters, so I wouldn’t have seen his profile; his own seemed to be “female, alive, no baggage, no animals, non-smoker”! But from the first email he came across as honest, happy in himself, and with an excellent way with words; those matter very much to me.

We talked on the phone and couldn’t stop talking (some time later he admitted he’d been to the loo somewhere in that first conversation!). He rightly pushed for a face-to-face meeting ASAP as, rather than falling in love with an image of each other, we needed to connect in person. 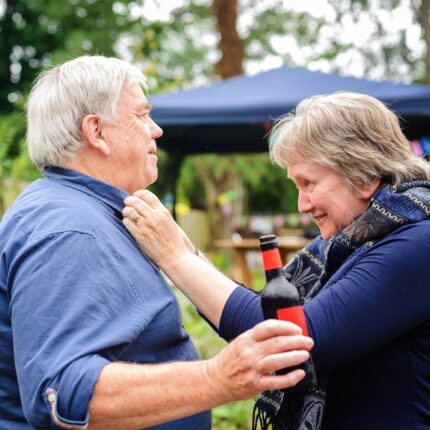 Helen and Ralph enjoying life together

I was busy the following weekend; what was I doing, he asked? I told him I was going to a plant sale and he announced he could meet me there (despite admitting to no interest in plants whatsoever – later, I’d find that his idea of gardening was to mow the flower beds). It was a Sunday; I told friends at church I was going to meet this man, and several turned out to be attending the same plant sale, meaning that they were lurking in the rhododendron bushes to check things were going well.

At the event, I managed to walk into a former student and also a colleague from a nearby university; both were clearly intrigued as to who this man may be, and I didn’t feel able to say “This is a bloke I met online a week ago”.

I’d taken the bus to our meeting, and there aren’t many buses round here on a Sunday. How was I going to get home? As we had tea at the plant sale, I also realised there weren’t any loos at the venue. I hadn’t entirely thought all this through, although in addition to the church people I’d notified a friend of what was happening so somebody knew where I was. 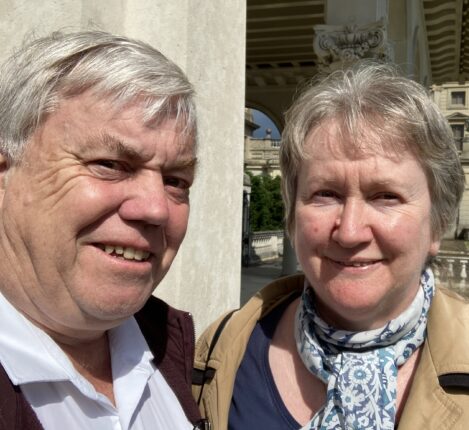 Tentatively, I asked my date whether he’d see any sign of a loo. He went and asked, and once it was confirmed that there weren’t any he immediately said he’d take me to the garden centre down the road. Tricky. A firm rule of Christian Connection was not to get into someone’s car on the first date. But… So I did.

Impressively, he dropped me off at the garden centre entrance to reduce the length of time before I found that loo, and said he’d park and then find me. As I came out of the loo, I wondered whether he’d be there, or whether this was a way of dumping me… but he was there waiting for me, and has been there for me ever since.

We had more tea and cakes. He dropped me home. We had a little hug. And the rest is history; nearly 20 years of it so far.”