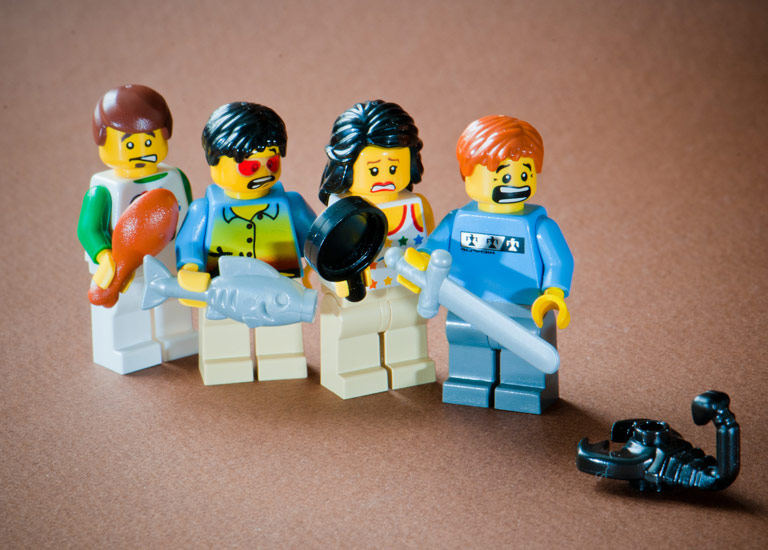 I was wondering… whether you’re too cautious

Have you ever suggested someone you know should meet another someone you know because they might get along? A casual drink and a chat. An hour of their lives. Ten minutes if it’s utterly awful and they can claim to have had a vision of the end times and leg it without looking back.

And have they ever responded as though you’ve attempted to force them into an arranged marriage, binding for eternity on earth and in heaven, simply by stepping over the threshold of a Starbucks? (“What if I don’t like her?” said one romantic. “Er, don’t meet again?” I said, “But what if you do?” “But what if I don’t?” They didn’t meet…)

It used to be simpler, didn’t it? Meeting a stranger on the word of a trusted (or not) friend. Instead living life online has created a culture of super-wary love-seekers. Used to seeing other humans photographed, filtered, profiled and packaged to the world, the idea of encountering someone first in person has become terrifying. Farewell blind dates; now pre-date pre-nups are required. Send me a profile. I’m going to need a photo. Photos plural – who knows what someone could hide with just one? And a CV. Medical records. Family tree. And references from pastors, employers, neighbours and ideally an angelic visitation to drop off the relevant paperwork.

Meeting someone in a café or at a party means trusting instincts. It takes time to get to know them – as it should – but the assumption is that by talking to them, spending time together, seeing how they interact with the world, their personality and character will become clear. How daring! But online, hmm – so many opportunities to be wary. Scan a profile, say hello, maybe meet up and then… nothing.

Maybe it won’t even get as far as a meeting. Maybe someone can be ruled out simply for a inappropriate photo or dubious statement (fair enough) but maybe they’re being ruled out for much, much less. And maybe there’s a bigger issue that isn’t being talked about…

What if caution has led to a kind of paralysis? “He doesn’t want a girlfriend,” she said, shaking her head. He was often on dating sites, studiously browsing. His profile declared his desire for a relationship (plus handy ‘or friendship’ disclaimer to turn down the heat). He described eloquently the kind of life he wanted to make with someone. All seemed positive. But nothing ever happened. It wasn’t just him. The chap who expressed a preference for “ambiguous friendships” over starting a relationship to limit his risk of awkwardness. The lovely ladies who wanted to pray over every detail before agreeing to lunch because the gentleman didn’t tick every requirement on their list. The multitudes who didn’t give anyone a chance because they’d just know as soon as God pointed out the chosen one. The numerous men who confessed to feeling ‘spoilt for choice’ and therefore didn’t even start…

Where will it end? Will being open to exploring and committing to loving relationships become trickier as the perception of endless choice increases? Has the much-preached, hotly-debated traditional Christian view that a man should ‘lead’ and ‘provide’ created a pressure to perform that makes the prospect of even a date or – gasp – starting a relationship a headlong tumble into terrifying responsibility? Would a little mutuality and shared responsibility help all round?

Could caution be parked and a tiny little risk taken that might end up in a bigger risk that is scary in a good way? And maybe could it start by choosing to say OK to a coffee, or a second date, or a “let’s see where this goes” or a three month-a-versary or “I want to be with you” or “I do” and not always, “I would, but what if…”?