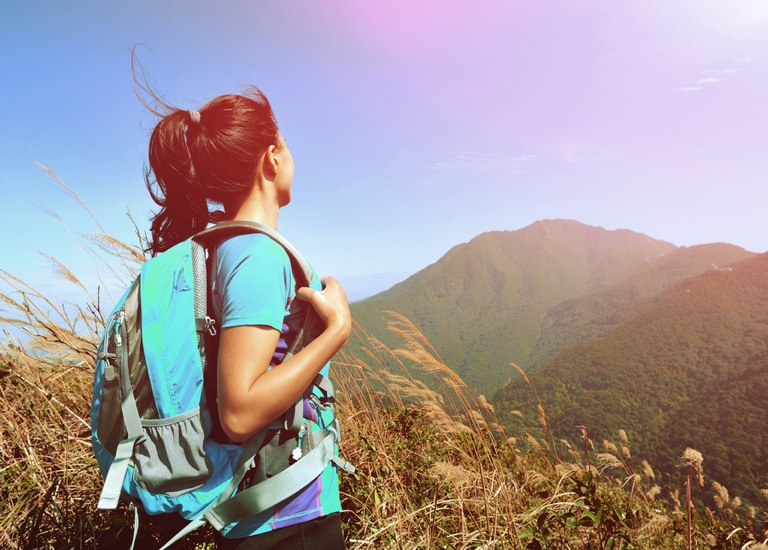 Sometimes it can feel as though being single is strange, out of the ordinary, or that we’re somehow missing out on something. But that’s not surprising, when we look at all the role models in our society and in our churches: they’re usually married. From politicians to church leaders to celebrities, everyone seems to be in a partnership.

Yet throughout the years, single people have contributed massively to society, and some might not have been able to do this if they were not single. That’s particularly true in the Christian community. So let’s get inspired by the lives of people who were not hitched and never let it stop them do anything.

Although she was married for a few years before her husband died, for most of her nearly 50 years of ministry, Jackie has been a single woman. Through her ministry in Hong Kong, thousands and thousands of people have been introduced to Jesus and many set free from addictions and the bondage of poverty and illness.

If you’re from a Catholic tradition this will seem obvious, but Catholic inspirational leaders are nearly all single. And top of the list for inspiring Catholics of the moment is Pope Francis. Breaking all the stereotypes of what it means to be Catholic and Christian, the Pope was hailed as the Time Magazine “Person of the year” in 2013. Whether it’s kissing people with deformities or getting rid of some of the more extravagant trappings of being the Pope, he’s been making waves. It’s easy to forget that this is one church leader who is on his own.

Almost unique amongst evangelical leaders, Stott was a well-known single. He was highly influential in inspiring British evangelicalism to be more concerned about social justice issues, and he wrote many helpful books before his death in 2011. Stott had girlfriends in the past, but never felt it was right to get married. He’s reported to not have been overly enthusiastic about singleness, and always encouraged marriage in others. Nevertheless, he was living proof that marriage is not the default state for an evangelical pastor.

Ever watched the film ‘Dead Man Walking’? It was inspired by the story of Sister Helen Prejean. Like the film portrays, this nun left her work helping disadvantaged kids to minister to people awaiting execution on death row. Her experiences led her to write a book about the subject, whose title gave the 1996 film its name. Since then she has campaigned hard against the use of the death penalty in the US.

The well-known Soul Survivor leader has never been married and it’s never stopped him. In this interview he said: “I’ve stood up in front of… a thousand teenage boys and said, ‘I’m 51 years old, and I’ve not slept with anyone, animal vegetable or mineral, and I’m OK, I’ll survive’. And they all clapped and cheered. We need to say, there’s a tyranny in this world, that bombards us, from the magazines, the tv, the films, which is that you’re less than a human being if you’re not sleeping with someone, and that defines you. That’s not what defines a follower of Jesus. The best way to make marriage work is to embrace the gift of celibacy until the gift of marriage.”

He then points out that being single has meant he can have more friendships than he might have done if married – and that marriage is hard work, as the single life can be too.

Famous throughout the Christian community, Corrie and her sister Betsy have inspired millions with the sacrifice they made to save Jews in Nazi-occupied Holland. Their work was credited with saving the lives of more than 800 people, but they were sent to a concentration camp for their trouble, and most of Corrie’s family was killed. Corrie and her sister were not married. Arguably their singleness enabled them to do the work and take the risks that they did. Corrie travelled the world telling people of her experiences and the importance of forgiveness, and of how Jesus was with her in the darkest of places.

It goes without saying that the most inspirational single of them all is also the most inspirational human of them all. We talk a lot of being Christ-like, yet being single means being a bit more like Christ was. Being single means that we have the time and the energy to spend more time on our relationship with God. And if Jesus lived his life single, he’s also the best person to show us how to live a good single life.

Bear in mind there are scores of missionaries, monks and nuns that could have made this list: Amy Carmichael, David Brainerd, Maria Skobtsova, Helen Roseveare, Gladys Aylward and Maximilian Kolbe to name a few.