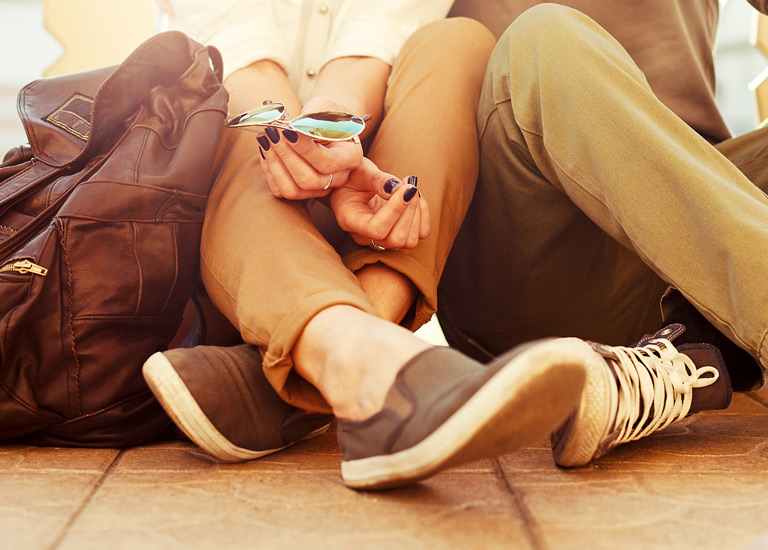 No-pressure dating and the value of friendship

Whether it comes from society’s standards, well-meaning friends, or our own desires, there are quite a few voices out there telling singles to do a lot of dating, because one of those dates could end up being that one special someone.

Of course, there’s nothing wrong with dating and meeting new people. In fact, spending time with people and getting to know them is completely good and healthy. But sometimes I wonder if we’ve been doing it with the wrong mindset.

Valuing Someone For Who They Are

We seek people out with the specific agenda of getting into a relationship, rather than just enjoying the opportunity to get to know someone over time. In doing so, however, we inadvertently put a lot of pressure on the relationship for things to work out in just the right way — and then we get hurt and frustrated when that doesn’t happen.

Rather than assuming or expecting a deeper relationship right away, we need to learn to value people first and foremost for who they are and for the genuine fellowship they can provide without any extra strings attached. Only once we’ve done that will we be prepared for a solid, healthy relationship when and if the right one does come along.

I’m as guilty of this wrong mindset as anyone is, but I’ve begun trying to change. In my somewhat sheltered upbringing from church youth group, I was taught to date intentionally, with the goal of marriage in mind, and to date only one person at a time. All of that sounds good, and I still believe there’s some wisdom to it. But this mindset has too often led me to pick one girl I liked and to form an expected goal in my head before I even make the first move — before I really even get to know her as a person. And, without real-life interaction and companionship, those expectations too easily lead to hurt and disappointment.

The approach of getting to know someone without the pressure of a relationship — while it sounds good — has admittedly challenged my previous views on dating. More recently, I’ve had a few friends advise me to take a more casual approach to dating — to get to know people first without having an agenda in mind, and just let things progress as they will. While my rigid rule-following nature bristled a bit at the concept of “casual dating,” I’ve begun to see some benefits in the idea.

I think part of my confusion and inner conflict has stemmed from the semantics of the term “dating.” Depending on how it’s used, the term doesn’t have to refer exclusively to romance. I had one good friend suggest that, when I met a girl I found interesting, I ask her to meet me for coffee, but without paying for hers. My initial reaction was, “What? But shouldn’t I pay for her, and pick her up beforehand, and get a nice dinner somewhere instead of just coffee?” But I’ve learned that there’s a big difference between actual formal dates, which have a clear romantic connotation, and “coffee dates,” which are just to hang out and get to know people and have a good time. Starting out with a few “coffee dates” rather than a formal date can help to relieve a lot of premature pressure on the relationship.

Some events are even called “group dates” — which may sound confusing if a date is exclusively an appointment between two people — but they can also be a good time to get to know people in a casual, informal setting. Sure, these casual “dates” — or hangouts, or whatever we like to call them — can lead to more formal and exclusive romantic pursuits once we’ve begun to get to know someone. But we shouldn’t assume from the beginning that this will always be the case, or try to make it happen if it’s not coming naturally. We should just spend time with people, enjoy and value it for what it is, and then see when and if a more exclusive form of dating seems like the right next step.

I recently started a new job and relocated to a new area, so I’m just starting again to get to know people around me and form a consistent circle of friends. One of the first new friends I made in this area was a girl close to my age. I’d be lying if I said the thought of dating her never occurred to me at all; again, society pressures us to be always on the lookout, and my analytical mind can’t ignore the possibilities. Still, I didn’t make it my immediate goal to get close to her for the purpose of dating her. I just tried to get to know her more as a person, as a friend, because friends are what I still need more of in my new location anyway.

One afternoon we went to an event together, and although at least one person did mistake us for a couple, I didn’t consider it a serious date. I didn’t pick her up beforehand, and we both paid for ourselves, so I don’t think there was any extra pressure on either of us. I just enjoyed getting to know and talk to a friend, without feeling like I needed to impress her or act differently like I might on a serious date. As long as I don’t overthink things too much and don’t bring a specific agenda into our interactions, I can enjoy the opportunity to just relax and have fun with a good friend.

I’m still gradually learning to change my mindset on dating — to stop viewing every girl I meet as a potential girlfriend, and to appreciate genuine friendships with good people for what they are. If we can all begin to work toward that goal of cultivating sincere and valuable friendships, then hopefully all of our relationships — friendships and otherwise — will become a lot healthier and happier.

This article was originally posted on Single Matters on 28th November 2015.

Samuel N. Harris is a Christian twentysomething, a lifelong learner, a professional educator, and an aspiring writer. After graduating (twice) from Liberty University in Lynchburg, Virginia, he now lives in Waldorf, Maryland where he teaches high school English at Grace Christian Academy. Sam enjoys blogging about humorously awkward life experiences, as well as writing nerdy science fiction and the occasional poem. He would like to be either an author, a teacher, or a superhero when he grows up. You can find Samuel on Twitter & Facebook.