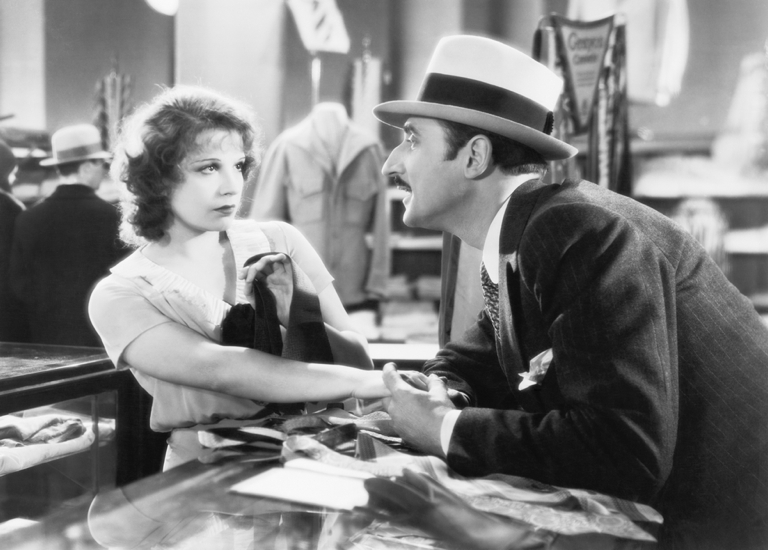 Playing hard to get is a fool’s game

The message in my inbox was brief and to the point: ‘Hi HopefulGirl. Would you like to meet for coffee?’ I browsed the sender’s profile. We clearly weren’t a match, plus he lived 200 miles away and was far too old for me. So I thanked him warmly but declined, wishing him well in his search for love.

From then on, I got messages from HassleMan every week: ‘Would you like to meet for coffee this weekend?’ and ‘Let me know when it’s convenient to call.’ Each time, I refused gently but firmly, and with increasing bluntness. Regardless, he bombarded me with a relentless stream of nagging messages: ‘What do you have to lose, HopefulGirl?’, ‘A coffee and chat won’t ruin your day’, ‘If you don’t like me, I’ll give you your money back’ (eh?), ‘It’s not a lot to ask’ and, alarmingly, ‘Let me in!!!’

The more HassleMan badgered me, the more I resolved not to give in. Eventually, feeling hunted, I wrote: ‘Look, HassleMan, I appreciate your persistence and I don’t want to be hurtful, but I’ve made my feelings clear. I won’t be replying to any more messages.’ His parting shot? ‘You’re probably really hard work anyway.’ (Actually, that’s not quite the end of the story – you can read the rest on my Facebook page).

The Irving Berlin song says, ‘A man chases a girl until she catches him… but don’t run too fast while you’re saying “no”’. Irving knew what he was talking about. The dance of courtship often revolves around a game of pursuit. Men (usually) do the pursuing. In the church, we’re sometimes taught it’s a man’s God-ordained role to do so, and that it’s a sign of a ‘real man’ to keep up the chase until he lands his quarry (or, alternatively, gets labelled a stalker and is slapped with a restraining order).

Meanwhile, women (sometimes) play hard to get. Often it’s shyness that makes a woman shrink from someone she likes. Or insecurity means she wants to be asked several times to be sure he really likes her. Books even tell women that if they make it too easy for a man, he’ll lose interest – so don’t be too quick to return that call or agree to that date.

I say: baloney! I pity the man who is encouraged to be persistent, only to discover he’s a pest. Or the shy guy who screws up his courage to ask out a woman, gets a painful rejection and retreats to lick his wounds – while she, keen on him all along, is gutted that he didn’t like her enough to pursue her. What a mess!

So in the spirit of common sense and an easier life for us all, I propose a few guidelines. Of course, this works both ways – women may do the asking, and men the accepting – but for clarity, I’ll stick to the traditional roles…

Guys, if that lady turns you down, you should probably take her at her word. If you sense she’s in two minds, or would be open to another invitation, then feel free to ask a second time. If you’re knocked back again, take it as her final answer. After that, it’s pestering. If she changes her mind, it’s her responsibility to let you know.

Ladies, game-playing is not for grown-ups – it’s counter-productive and cruel. As Jesus said: ‘Let your yes be yes, and your no be no.’ If a man you like asks you out, just say ‘yes’. If you like him but can’t make a date, be very clear: ‘I’ve got to meet my mother/chair a meeting/take the cat to the vet, but I’d love to meet up another time.’

And if you’re not interested? Well, we’ve all been guilty of giving ambiguous replies to soften the blow, but claims of being ‘busy’ only offer false hope – so don’t be surprised if you have to repeat the same routine two weeks later. Don’t waste his emotional energy making him decipher your code – be direct. ‘Thank you for the invitation, but I’m afraid I’m going to pass,’ will suffice. (Well, okay, not in the case of HassleMan – but he was the exception… I hope!)

There now, that all sounds wonderfully simple and straight-forward to me. Can I get an ‘amen’ or have I got it all wrong? Over to you, friends…