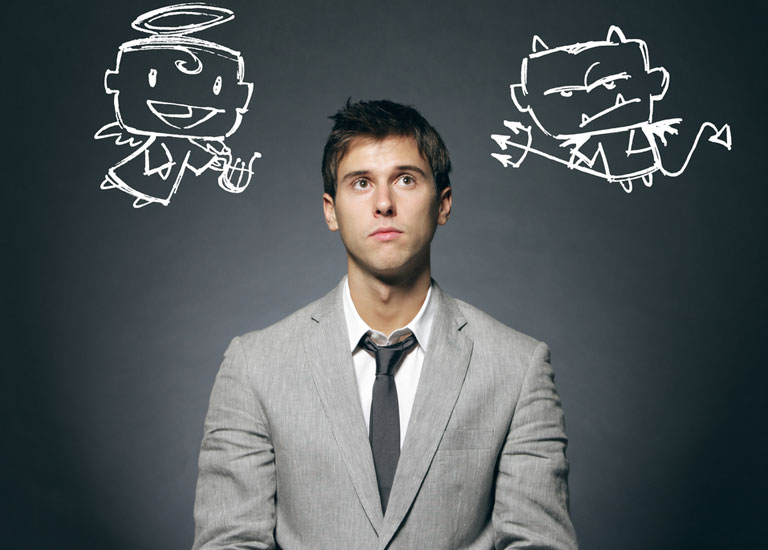 I was wondering…if you’re a good man

“Any advice on being a good man?” I was asked recently, the sweet but incorrect assumption being I have the answer to this little question simply on the basis of having written a book about being good. As a global expert in pretty much nothing, I say again: I only ask the question. But when it comes to romance, as in pretty much every area of life, I suspect it comes down to one thing: Do unto others. In other words… If you wouldn’t like it, don’t do it.

Long-standing stereotypes of what men and women want feed into the unhelpful perceptions that differences apply without exception. Among recent dubious ‘facts’ that have afflicted my eyes, ‘He wants unconditional respect, she wants unconditional love’ or ‘Women feel more deeply than men’ or ‘Men feel more deeply than women but hide it better’. I suspect it’s not really about whether you’re a boy or a girl but about whether you love and respect other people. Retire what men should be and what women must want, and ponder how you like to be treated by other people. It’s pretty simple. No-one likes to be put down or stood up. No-one likes to be lied to or ignored or treated inconsistently. Some things simply should not be done to another human. Big things – breaking vows or promises – and little – saying you’ll see someone soon when you know you’d rather move to China. And we do it to each other all the time (you’re excused if you are genuinely moving to China). I hear “why did I never hear from them again?” or “why were they so keen and now so distant?” or “They seemed so lovely at first but now…” from so many confused souls I now have a serious bewildered- shrug-related injury.

Think about how you’d like to be treated – and if that’s not very well, perhaps you shouldn’t be looking for lurve – and do likewise. Or do better. I know it’s not always easy. Old habits can pop up and derail good intentions, or we may have thought we were in a better place emotionally than we actually are, and if that’s the case take some time out to face what’s really going on. Be honest with trusted friends. Seek counselling. Don’t ignore patterns of behaviour or cast blame. Otherwise, a few suggestions on being a good man (or woman).

Don’t say what you don’t mean – don’t be the person who can’t be trusted or believed.

Don’t avoid or ‘ghost’ – seem like you’re all on and then f-a-d-e away or flat-out disappear (“Did she take it OK?” I asked one lovely man who’d told me a month earlier he was about to end a series of dates with a heartfelt ‘let’s be friends’ chat. The awkwardly scrunched face told me the delightful woman had endured several weeks of silence and was still to learn of the love that never was).

Don’t think someone else’s feelings matter less. No-one is there purely to make you feel better about yourself.

Do take your time. Making assumptions about someone or projecting your needs, hopes and desires onto them generally doesn’t end well.

Do think about the effect of your actions. Is this going to make them a more open and trusting person in the future? Glad that they met you? Are you a blessing in any way?

Do think about whether you really are looking for a relationship, and if you’re not think seriously about what impression you’re giving and why you’re dating. No-one wants to be your distraction or comforter.

Sadly not being good to someone will show up soon enough if it’s going to happen. As the not-so-old saying goes, people will tell you any old blah but what they do is the truth. And because not everyone wants to be good – or seems to struggle with it – take care along the way. Read the signs. Ask why they’re in such a hurry to move things along or why you hardly ever hear from them. Think about why they might want to keep certain parts of life off limits. Listen to what they say about past relationships. Watch how they treat people.

There’s no question getting to know people is tricky and will lead to bumps, maybe even heartbreak. But developing self-awareness – self-awareness that leads to change, not just a handy list of issues to wave as an excuse – and working on emotional health will help too. And that’s one thing we can all promise to be good at.