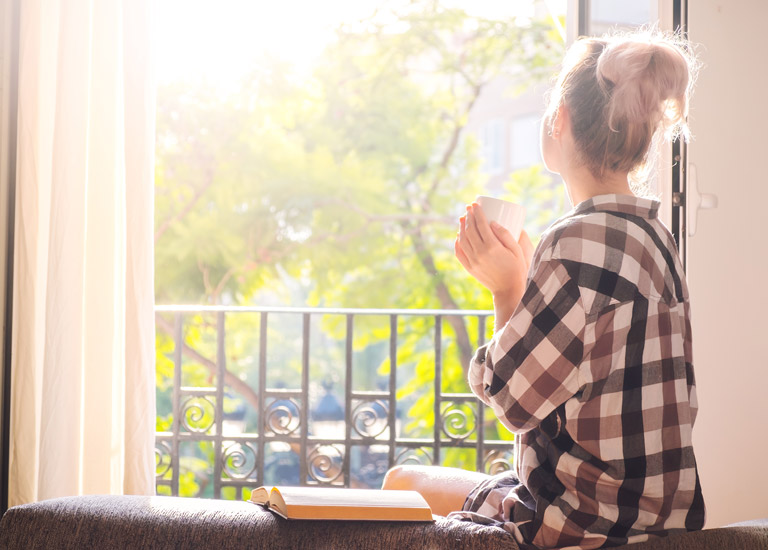 The curious blessing of rejection

It went like this: after four years of student ministry and thinking about a post-modern culture, I had an idea for a book that explored characteristics of student ministry in the context of postmodernism – a sort of analytical, practical, theological-yet-readable sort of book.

So I wrote to a publisher, IVP UK, and told them that they should commission this kind of book.

IVP wrote back: “About your book,” they began. I stared at the email, stupefied and thrilled. It hadn’t even occurred to me that I could be the one to write it. I wasn’t a writer. I wasn’t an ordained minister. I wasn’t famous. All I’d done was had an idea. But their belief in me started something in my soul.

I’d always dreamed of being a writer as a child, and now this was my chance – my one chance. Now I could achieve something – not only that, I could prove myself and get the respect from others I craved; I could show to the world that I was actually qualified to do the work I’d already been doing for the last four years. I didn’t just want this book to be published, I needed it.

(You could say I had some self-confidence issues back then).

For the next few months I incubated a book proposal, writing two chapters, gaining confidence with each word. I sent it off to the publisher – they liked it! My baby book was hatching. I started to get excited. I would be an author.

The next stage was to send it to a committee for feedback – and that’s where my newly-flying baby book was shot down, mid-air, feathers all over the place.

I cried. I ate ice cream. I overanalysed their feedback, got mad, and swore I would publish it anyway, with another publisher.

That didn’t happen. Life and illness got in the way, and after a year or so, I accepted that the folder marked ‘book’ would remain on the shelf, with its scribbled notes and four chapters. This was the right response – in 2007 and 2008 there were books coming out on a similar theme. My idea was no longer so unusual or ‘zeitgeist-y’. The moment had passed.

However, I had also jumped to a faulty conclusion. I took that rejection and assumed that because they had rejected my book idea, it was a sign that I shouldn’t be a writer. I shrugged my shoulders and got on with my life, and put that dream aside. I had tried on the mantel of ‘writer’ and it hadn’t fitted. I told myself I was stupid for ever believing it would.

This often happens with goals that are a bit of a stretch. We lean ourselves so far towards them that we crash when we fail to reach them. We put so much of ourselves onto our goals, our projects, our dreams, that it can feel like our identity has crumbled when those projects aren’t realised.

The danger is, too, that we take the words of a rejection as a prophecy over us, taking them deep into the core of our personhood. All they had done was reject my idea for a book: I had taken it as a sign that I would never be a writer.

We look at the one incident and we make a false generalisation from it.

A relationship breaks up; we conclude, “I’m unlovable.”

A job opportunity falls through; we conclude, “I’m unemployable.”

A book proposal is rejected; we conclude, “I’m unpublishable.”

The truth is those words of rejection don’t get to define us. We know not what the future holds, and it is a mistake to project the ‘now’ onto the ‘not yet’.

The tricky thing to do at such times is to carefully delineate between us and the dream. Re-draw those boundaries and definitions. I am not the book. The book is not me.

For that short time, I thought that getting a book published was the key to my happiness. It wasn’t. However tightly held the dream is, it is not us, and it is not our happiness.

We are not our dreams. We are so much more than our goals and projects, and even our deepest hopes.

This is where the article would usually end – and that would be a good ending in and of itself – but there is a curious postscript to this story. Almost ten years to the day after I was rejected by IVP UK, I will be published by IVP USA. (I guess God really does have a sense of humour.)

I’ve contributed a chapter to Soul Bare, a beautiful book containing true stories of redemption and grace after heartache and disappointment. It’s a book about vulnerability and authenticity – and probably the last thing I would have imagined writing ten years ago. And I’m glad for it.

As it turns out, I was a writer after all, but the delay of ten years has burned away that desperate ‘need’ to be published.

I am not the book. The book is not me.

Nor is it my happiness – this is something I still need to remind myself. Ten years on, it is a blessing I hold gladly but lightly, without having to grip it till my knuckles turn white.

Have you ever had that experience of being heartbroken from rejection at the time but being glad for it later?

When are you in danger of making a generalisation out of one incident?

This article was originally published on Mudrooms on 4 May 2016.

Tanya Marlow was in Christian ministry for a decade and a lecturer in Biblical Theology, until she got sick, and became a writer. She likes answering the tricky questions of faith that most avoid, and writing honestly about suffering and searching for God. Tanya has written a short book on Ruth and Naomi’s story in the Bible, interweaving it with her own journey. You can buy it here: Coming Back to God When You Feel Empty . You can connect with Tanya on Facebook and Twitter.