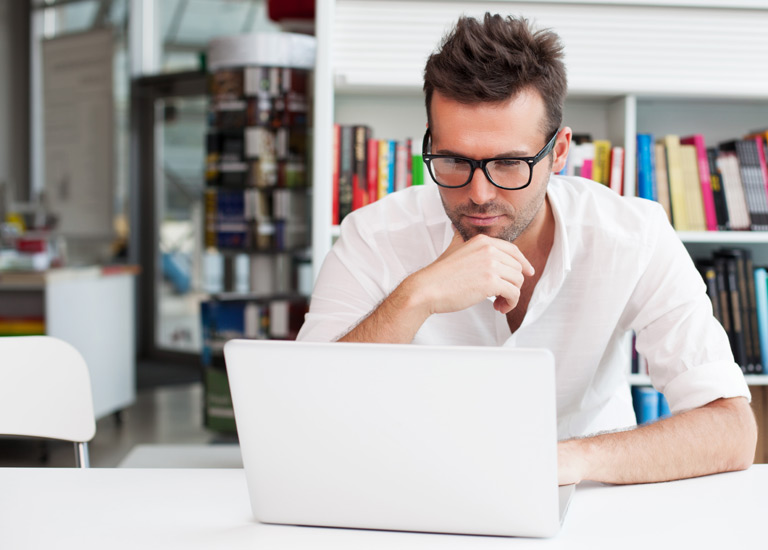 The science of online dating: 10 ways to boost your success

‘What’s the point, HopefulGirl?’ said the message. ‘I join a dating website, and no one gets in contact. I send messages and waves, but no one replies. Why am I wasting my time?’

When it comes to online dating, we all know (or we should do by now) that we get out what we put in. With one in three marriages starting online, it’s obviously working well for many of us. But some people seem to plug away patiently, only to be continually overlooked and ignored.

One of the problems with online dating is that, with so little to go on, small details become much more significant. However, you can now use this to your advantage. Research into online dating has revealed surprising information about what works and what doesn’t. So check out these fascinating facts, review your profile and messages – and let us know the results!

1. Keep your profile short and sweet
Researcher David Pullinger did a major research project for Christian Connection, as well as reviewing research from around the world, and uncovered some interesting details about what makes a successful profile. It seems that profiles of just 100-200 words are the most effective. But if you’re going to keep it brief, you should choose your words wisely. According to research at Queen Mary University of London, to get the most responses, you should use 70% of the space to write about yourself, and devote 30% to what you’re looking for in a partner.

2. Keep your tone light
According to Queen Mary University, a playful username, and not taking yourself too seriously in your profile, will make you 50% more likely to be contacted than people trying to appear sexy, wealthy or intellectual. If you can slip in a joke or two, that will also help – 56% of online daters find humour the most attractive trait. However, you need to actually demonstrate your wit, not just tell people you’re funny!

3. Always proofread
According to research by Zoosk, 72% of daters say bad spelling and grammar significantly reduce the chances of them continuing a conversation, even listing it as a ‘deal breaker’. A study by Grammarly confirmed that just two spelling mistakes in a message lowers a man’s chances of a reply by 14% (interestingly, spelling mistakes by women don’t have such a bad impact). Cyberdaters report that poor spelling gives the impression that the person isn’t educated, and has written without care or interest. 93% of daters told Zoosk that being able to use punctuation correctly makes someone
more attractive.

4. Mind your language
Swearing and obscenities is obviously a no-no for Christian daters. However, even some seemingly innocent words can put people off. Grammarly discovered that men who write ‘women’ rather than ‘girls’ are 28% more successful. Meanwhile, women who used the words ‘divorce’, ‘separated’ or ‘my ex’ get 4% fewer messages. According to Zoosk, using trendy acronyms like YOLO (you only live once) or LOL (laugh out loud) reduces your chances of a reply by 47%.

5. Get picture perfect
For optimum use of pictures, upload between two and six. ‘If there’s only one photo, people will wonder if it’s genuine,’ says David. Use a mixture of head shots (use one as your main picture) and full body shots. Pictures taken by others are more effective than selfies, which make you look like you have no friends! Research by OK Cupid found that for women, the most effective images are looking straight into the camera and smiling. Wearing red also helps. For men, a half-profile (looking slightly off-camera) is best – a direct gaze can appear aggressive. Activity shots are good for men – but stay away from hats! According to Queen Mary University, a slight head tilt adds 12% to your rated attractiveness for both men and women! Including a shot of yourself with other people makes you appear more sociable, and therefore 32% more likeable – especially if there are smiles shared between you and the others in the picture.

6. Use discussion boards
According to research at the University of Chicago, 55% of married couples who met online didn’t meet directly through straight online dating, but through forums and online chat. Discussing issues is a great way to build rapport and get more insight into someone’s character, so check out the Christian Connection discussion boards.

7. Keep messages brief
David analysed over 74,000 messages sent through Christian Connection and found that, to get a response, the optimum message length is 80-90 words. But don’t make it too short – messages of only 10-20 words get 30% fewer replies. Showing an interest in the other person, rather than talking about yourself, increases your chances of a response.

8. Don’t play hard to get
Reply to messages quickly. According to David’s research, you don’t need to worry about appearing ‘too keen’ – replying quickly has no negative effect on success rate. So don’t try to play it cool – you risk someone else jumping in first!

9. Spread your bets
David reports that the average response rate to messages is around 30%, so don’t be discouraged if you don’t hear back from someone. Instead of putting all your eggs in one basket, make it your policy to contact anyone whose profile appeals to you. And include a question to get the conversation going!

10. Meet quickly
If someone has potential, meet up with them sooner rather than later. According to research at Northwestern University in the US, the most successful relationships are between people who meet within two weeks of their first online contact. So don’t hang around!