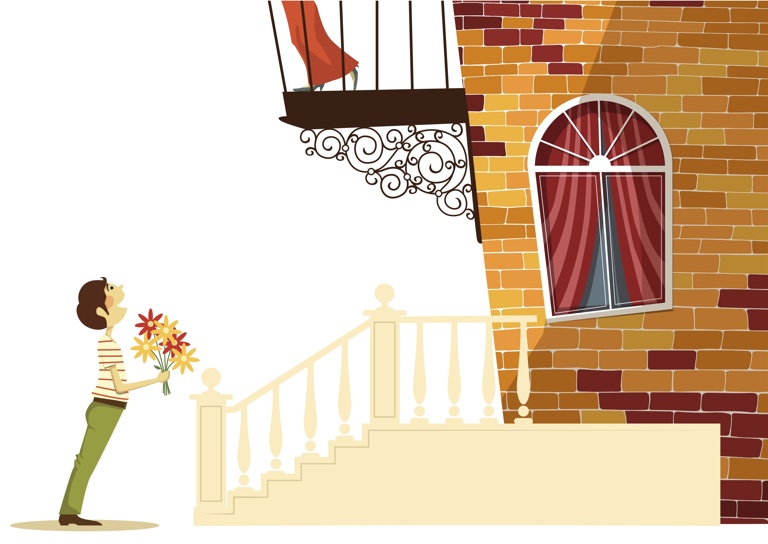 To pursue or not to pursue…that is the question!

‘TAKE wives!” the preacher shouted. “The word is TAKE”!” The congregation laughed as the T word – pulled from an Old Testament scripture – was emphasized over and over again. The message was crystal clear: Men should pursue their girl to the very end. What end? Marriage, of course.

I’m 5 years on from hearing that sermon preached and one month into marriage. Yet I still find myself asking the question: Do women like to be taken/chased/pursued? Or are the thousands of Christian men who hear (biblical?) teaching on ‘pursuing’ their ladies, actually being led astray?

This is not a hypothetical question. I know more than one man who has got this area of relationships and dating seriously wrong. It’s hardly a problem confined to Christian circles either. We all know of ‘that guy’ who just won’t take the hint, despite said hint being dropped so many times, it’s making a dent in the ground. For some guys, ‘pursuing’ the girl’ tips into ‘stalking the girl’. And no one wants that.

Yet there does seem to be some truth in the idea that girls want to be chased. What about all those romantic comedies? He likes her. She doesn’t like him. The guy perseveres and 100 minutes later the girl finally gives way to the Italian Stallion. Happily ever after, right?

On the other hand, taking relationship advice from Hollywood is a bit like asking a lost person for directions.

So the conundrum remains. When the girl says ‘no’ do you pursue, or let her go?

Even a quick Google search on ‘does a woman like to be pursued?’ fails to shed any light on this tricky topic (and I thought Google had the answer to everything!)

The following truth may be simple but its difficult for many guys to swallow: All women are different.

And that brings me onto the reason why so much relationship advice is fundamentally flawed: People are people.

The human race is full of diverse people from different backgrounds. Saying anything concrete about relationships and dating is incredibly difficult.

But we can (for I have it on very good authority from a number of sources) say that some girls want to be pursued and are they’re fed up with lazy guys who give up the chase too easily (ouch!).

I think the reason so many of us guys worry and ask questions like “am I being too ‘forward’?”, “Does she want me to chase her?”, is not because we’re worried about being mistaken for a stalker. The reason is a little closer to home than that.

We’re afraid of rejection. And not just afraid. Perhaps even scared.

A verbal (or physical) kick up the bum from a friend or worse, pastor telling us to “MAN UP” probably isn’t going to help much.

There are many reasons for a fear of rejection, and I’m going to explore some of them in my next post. But for now I’ll leave you with one thought. But hold on to your hat because you may not like it.

There’s a little something that can be found in every man without exception. It’s Adam’s fault its there and it’s called man-pride.

We care far too much about other people’s opinion. It may sound cheesy but its true that God’s opinion should be the opinion we care about most. And the good news is He will never reject us (Deut 31:6, Matt 28:20).

Do you believe that God’s opinion is the most important? Does reflecting on God’s promise to never reject you give you fresh confidence?