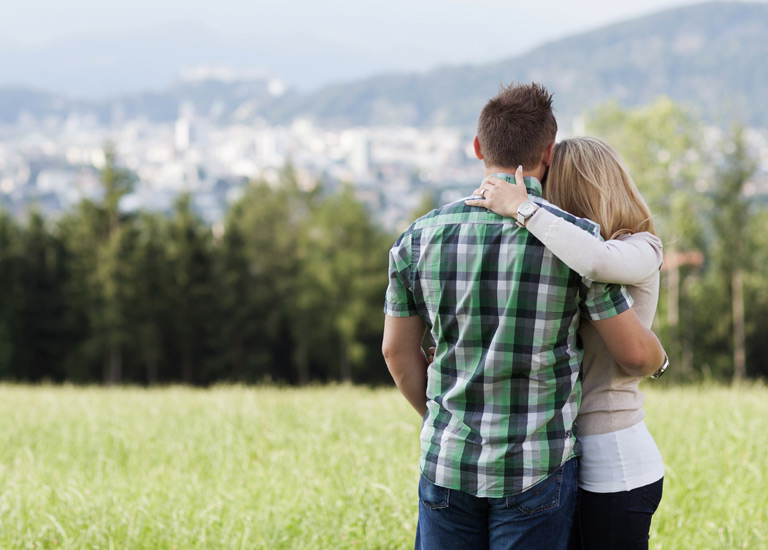 When I first started dating my wife, we were eating dinner one night and she asked a question that I didn’t think was very controversial: “What do you want to do with the rest of your life?”

In my response, I mentioned that I wanted to return to my home state of Mississippi and run for Attorney General, and I also said I wanted four or five children. She looked at me like she was waiting for me to announce that I was joking. I wasn’t.

She looked into my eyes and said, “I’ve never wanted more than two children.”

“Oh. Well, could you see yourself living in Mississippi?” I asked.

“Um, I think it’s probably a nice place to visit,” she said.

I furrowed my brow. We already had a brewing controversy over whether to attend her church or mine (both were great churches, but they were very different). What if we ended up at her church? What if we got married and only had two kids? What if I never got to fulfill my dream of being the Mississippi Attorney General? What if I ended up living in D.C., stuck with the traffic, housing prices and rude city people?

I was spiraling, and God only knows what panicked thoughts Raquel was having at the same time. But then I shrugged off my fears and figured, Oh well, I’m sure we’ll work it out.

What we too easily forget is that marriage is a merger. And if there are two people in the relationship who love each other self-sacrificially, both of them will eventually let go of all kinds of ideals that once seemed indispensable. The letting go process may be painful; but eventually, those visions and goals that used to seem so important will naturally change over time and begin to reflect our spouse’s preferences as well as ours. It isn’t exactly their dreams that we’ll be living – but it won’t be our old dreams either. Like the babies whom couples bring into the world, the new dreams may look a little more like the husband or the wife; but it will be the product of them both.

There are undoubtedly some differences that create endless tensions between couples and are never going to be resolved, no matter how much the two people love each other. Those sometimes include goals for the future, the desire for a certain number of children or preferences over which church to attend. But they don’t have to.

In mine and Raquel’s case, she begrudgingly started visiting my church during engagement (and she’s been a happily committed member for several years now). We left D.C. for a great opportunity in the South (and gladly came back two years later). And we’ve got two kids, not four or five (though we’re both open to the possibility of a third child at some point).

Don’t get me wrong. I’m not telling you to compromise the essentials. Marriage isn’t going to fix the differences between you and someone who doesn’t share your faith, hates kids and refuses to even consider your life goals. However, what marriage will do is take two reasonable people with negotiable differences and give them a healthy space to change for the good of someone else.

This article was originally published on boundless.org on 14 Sep 2015