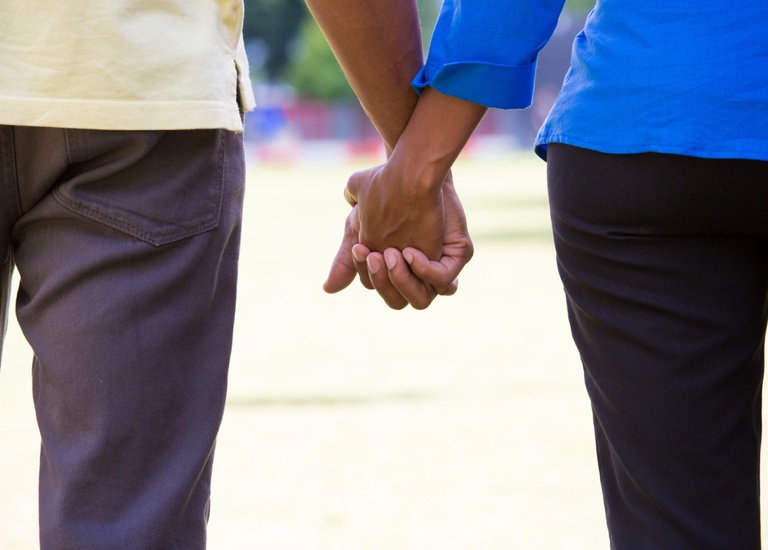 Why Does Everyone Tell Me Not To Date A Non-Christian? Part 1

This question is often asked by Christians. ‘I like someone, they don’t go to church, but what’s the harm?’ In part 1 of this post, we can explore what dating a non-Christian may mean for us. In Part 2, we can explore it in a much deeper and sensitive way for people who are thinking of, or already dating, a non-Christian.

‘Can I date a non-Christian?’

Let’s be honest, it’s something lots of Christian ask, or at least want to ask. The problem is, when they do, it often raises more heat than light.

Some people say ‘Why not, flirt to convert’, others say ‘No way, don’t do it’, others think ‘It’s fine, it won’t affect your faith’.

We feel bad sometimes and feel the conflict, but we want the relationship to work
Unfortunately, this is often answered or thought about in a theoretical way only. But what about those of us who are dating a non-Christian? People are telling us it’s fine while others say it’s a bad idea.

We feel bad sometimes and feel the conflict, but we want the relationship to work.

The first of this two-part post begins to look at this issue in a theoretical way, to lay the groundwork and make some important points. Part 2 takes a deeper look, in an honest and sensitive way, for those of us who may be dating a non-Christian because theory is important, but not enough on its own.

It will hopefully help us to think about our faith and our relationship more clearly.

‘Can I go out with a non-Christian?’

If you’ve ever asked this question and got the categorical answer ‘No’, then you might well be feeling a bit hurt or defensive about this issue. After all, no-one would dream of saying you shouldn’t have friends or family members who aren’t Christians. That would be ludicrous!

Dating a Christian (sadly) doesn’t ensure that the relationship is going to honour God.

For starters, dating a Christian (sadly) doesn’t ensure that the relationship is going to honour God, and dating a non-Christian doesn’t automatically mean that you are going to walk away from Jesus. But although it might not be a matter of being right or wrong, it is a matter of being wise.

The wisest way to date is to find someone who shares your core values and vision.

You might love different music, debate mercilessly about which movie to watch, and never really understand why they love the outdoors so much, but when it comes to the essentials of identity (being God’s child) and destiny (living for him), you need to be on the same page.

The reality is that even the most supportive non-Christian boy/girlfriend will have their life moulded by something other than Christ. This doesn’t make them a bad person, but it might make them the wrong person for you to date.

Although I love being single right now, one day I would like to get married. But there’s no way I’m compromising my adventure with Jesus just to be married. (Jo)

There’s always the potential that someone who isn’t putting God first in their life might accidentally, or purposefully, encourage you not to put God first in yours.

This is why Paul encourages the Corinthian Christians to be wise about who they allow themselves to be teamed up with: ‘Don’t become partners with those who reject God. How can you make a partnership out of right and wrong? That’s not partnership; that’s war’ (2 Corinthians 6:14–18 The Message).

This tension isn’t unique to dating a non-Christian; it could refer to anything in life that encourages divided loyalties [like a bad business relationship, some friendships, etc] But the message is the same: be wise in who you allow to have influence over you.

If it came to the battle between two sets of values, whose would win out?

We understand that you may be falling for someone who is not a Christian; it happens. It may even look like you can still be with them and serve God. But if it came to the battle between two sets of values, whose would win out?

So is dating a non-Christian wise? This is an important question, but its more important to ask: is dating anyone we like wise? Dating a Christian doesn’t mean your relationship will automatically honour God. It’s about more than what box we tick on the form for the religion question.

No matter who you’re dating, what are your values? What are your priorities? Ultimately, do you think that person could help us grow and strengthen what we believe, no matter what their faith is?

While dating a Christian probably makes this question easier to answer, Part 2 explores what questions and things we should think about if we are dating, or want to date, a non-Christian. This will be done sensitively and honestly because many find themselves in this situation and think it’s okay, but they still want help and support and know how to honour God as they date.

Why is this question so important? Comments welcomed below.

This article originally appeared on The Naked Truth Project and is republished here by kind permission.