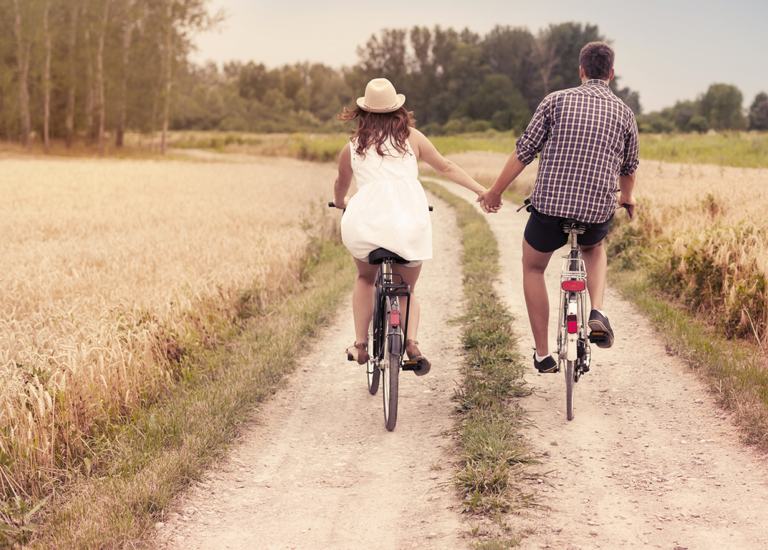 5 ways to fight fear & put the fun back into dating!

Last month’s blog ‘To pursue or not to pursue’, which argued fear of rejection often stops men from pursuing women generated plenty of discussion.

In the comments a few of you asked if women should pursue men. You’ll be pleased to know you can do whatever you like and don’t need my permission! As for seeking God’s permission, the Bible wasn’t written as a guide to dating, but it’s true Ruth chased Boaz. And God didn’t seem to mind that….or so the argument goes. But lets remember the marriage of Ruth and Boaz was also an arranged one!

Not one of you commented that chasing is bad. So if all of us are in favour of chasing, why do we find it so hard?

Our fear of rejection stops us from chasing potential other halves. Here’s 5 ways you can fight that fear:

Fear of rejection is a by-product of low self-esteem. But as Christians we have hundreds of reasons to be happy in our own skin. When we accept Christ we go from being spiritually dead to alive. The change is that drastic, whether we feel it or not. Read up on what the Bible says about your new identity and you’ll discover you’re seated in heavenly places with Christ, you’re a son or daughter of the king of kings, you’re loved as much as the Father loves Jesus (and that’s a lot). Simply reading those words won’t necessarily help. You may have to repeat this truth to yourself and choose to believe it. This is a process that takes time as we correct wrong thinking about ourselves.

2. Realise you have plenty

The best way to be thankful is to realise you don’t need anything or anyone to make you secure, because you already are! Colossians 2:10 says you have been “brought to fullness in Christ”. We already have everything we need in Christ. It’s a lie that in order to live a fulfilled life you need a man or woman. When we realise that God has provided for us and are grateful, joy and confidence will follow.

It’s said that the Bible tells us to ‘fear not’ 365 times. One for each day of the year. I don’t know if this is true. I’ve never counted and I’m not sure who did. But the point is the Biblical writers and Jesus himself were very clear on this. Jesus wouldn’t command us to do something that’s impossible to achieve.

Sometimes we just need to chill out. It’s a date. Don’t over think it. You’re going for a coffee with someone to get to know them better, it’s not a marriage proposal. Take your relationship one step at a time. There’s a lot to be said for ‘taking it slow’. Don’t put so much pressure on yourself. When the pressure is off, we can enjoy the dating experience and pursue whomever we want to pursue.

Jia Jiang decided to spend 100 days trying to get rejected. He asked to borrow $100 off a stranger, fly a plane and get a Krispee Kreme employee to make him a set of doughnuts in the shape and colour of the Olympic rings. Remarkably most of his requests were granted! He wasn’t rejected. Sometimes we talk ourselves out of making the first move for fear of a rejection that simply isn’t there.

Has fear ever got in the way of your love life? How did you overcome it? Let us know in the comments…