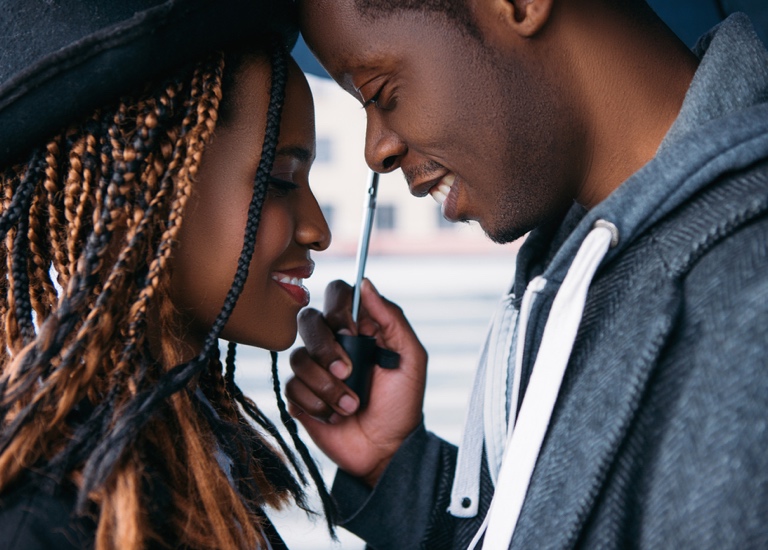 Chemical reaction: Do you need an instant spark to fall in love?

‘Do you think it’s important to have chemistry with someone you’ve just met, or can it develop over time?’ That’s the question Christian Connection recently posed on its social media pages – and something many of us will have considered on our dating journey: ‘I like this guy, but I don’t know if I’m attracted to him…’ or ‘She’s great on paper, but do we have enough of a spark?’

It’s a legitimate concern. Relationships endure based on character and shared vision, but sexual chemistry is also important. Research shows that we make up our mind about someone within 30 seconds of meeting (some studies say within seven seconds!) and it’s true that sparks can fly instantly. But if mutual attraction isn’t there from the off, can it develop? And how long should we give it to blossom before cutting our losses?

First up, it’s important to say that you really can’t identify chemistry or attraction from a dating profile or by communicating online. When I started online dating, I soon discovered that sometimes, an individual I thought I’d be attracted would leave me cold in person. Meanwhile, someone who seemed unremarkable in a photo might have the wow factor in real life. But say you get as far as meeting someone, and you’re still not sure whether you have enough chemistry for a relationship – what then?

Some people say that if the chemistry isn’t there from the start, it never will be. In my experience, that’s often true. But not always. There have been people in my life who’ve made little impression on me initially, but as I’ve got to know them: boom! Fireworks! That ‘wow’ moment can come later. And when you feel nervous on a first date (which many of us do), it’s even harder to tell if there’s a spark. Following the ‘three date rule’ (going on three days with anyone who isn’t a definite ‘no’) can give you both a chance to relax and get a clearer impression of your connection.

It’s also important to bear in mind that ‘love’ at first sight is no indicator of relationship success. Chemistry might kick-start a romance, but it won’t sustain one – that takes love, trust, honesty, respect and kindness. Attraction can soon fizzle out when you get to know someone; or it can blind you to poor character or incompatibility and keep you in a relationship longer than is healthy.

Also, being drawn to someone can sometimes owe more to charisma than chemistry. Some people have a magnetic quality that attracts the opposite sex like bees to a honeypot. I have a friend with whom I initially thought I had rare chemistry, only to discover I was one of many women who thought the same thing! It was about him, not about ‘us’. And chemistry can’t be one-way. I recall a man at a singles event who insisted he felt ‘instant chemistry’ with me (I felt the complete opposite) and refused to take ‘no’ for an answer. Real chemistry – not to be confused with lust or infatuation – is about mutual attraction and connection.

So, do you need instant sparks for a great relationship? I don’t believe so – and most respondents to Christian Connection’s survey felt the same. If you meet someone likeable, I say: don’t discount them, even if they don’t blow you away on first meeting. Give it a few dates to see if attraction will develop.

One last thought: if you’re very attracted to someone but they’re not yet sure how they feel about you, resist the temptation to push things along too quickly. Making them feel pressured will only chase them away. Instead, step back, be patient and give them space to work it how they feel. Just because it’s a slow-burn, doesn’t mean it’s a no-burn!