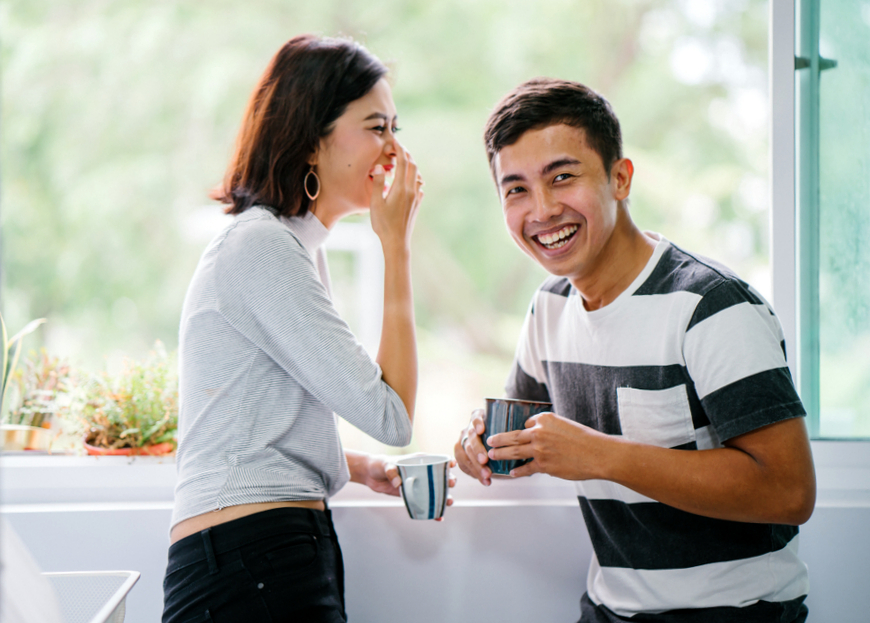 The other day I finally got around to watching Chimamanda Ngozi Adichie’s brilliant TedX talk on that a friend recommended to me ages ago. In it Chimamanda talks about equal partnership between men and women. Midway through her talk, she refers to the different standards especially in dating and marriage when it comes to men and women. Where women are sometimes rebuked or dismissed as failures when they haven’t married before a certain age, men are usually simply excused as ‘he just hadn’t had time yet’.

It struck me that often this seems to be the case. Women as young as 20 tell me they worry they’ll never find someone where men as ‘old’ as 40 will tell me they don’t worry, the right one will come along at some point, right? Ms Adichie goes on to say that the same double standard is applied in marriage. Where women are to respect men at all times, such respect is not necessarily asked in return. Why not? And how to change things?

Currently, I’m raising a boy and a girl, and while they are still very young, it strikes me as odd how often even I come up with stereotypes I don’t necessarily want my kids to believe or identify with. I think it all starts in parenting, teaching them the same standards when it comes to love and respect and their role in relationships. I want them to feel the same sense of responsibility when it comes to creating relationships, or co-creating relationships. I also want them to know that they don’t need to ‘man up’ or ‘be more accessible’ in order to be seen by their future partner.

Too often I hear women ask me ‘should I dumb myself down to date?’ Should I be less than I am? Should I be less vocal, less opinionated, appear to be less educated, less qualified or even hide my income in order to be date material? It’s funny, men would never ask that. They would never ask if they need to hide anything of themselves. They sometimes do ask: should I be more than I am, earn more, lie about my level of education? No! Of course not. You should be you, with all that you are. Yes, some women should stop looking for someone ‘better’, more educated, earning more, more ‘masculine’ somehow than the men they actually encounter. And yes, some men should stop being afraid of powerful women, because marrying a powerful woman doesn’t make you any less masculine, if anything, it makes you a better man than you already were!

The same goes for age and dating. Where women in their early 20s (or men, of course) shouldn’t worry about not finding a partner, men in their 40s (or women, for that matter) who want to be married, should put it up high on their priority list to date meaningfully in that direction. It isn’t rocket science; that to which you pay attention has a chance to grow and succeed. If for whatever reason you haven’t been dating much and you are in your late thirties or forties, and you’re sure you want to be with someone in the future then it is your responsibility to start the process of looking to meet someone. You can only do your half of the work of course, but that part has to be done in order to make connections that could lead to marriage.

Eve and Adam were created as equals, to help each other. Jesus was the first to show what it means that men and women were created equal by always prioritising both the men and the women He crossed paths with. Let’s all prioritise equality between genders, proper partnership in relationships and an honest and open conversation about the balance between us. That way dating can only get more fun.