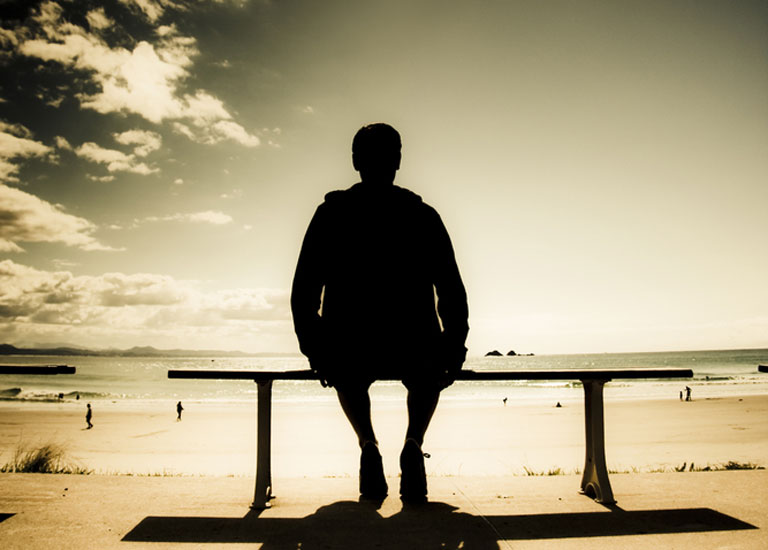 Do men wait on God too?

Let me start by confessing something: I don’t have it all figured out. I’m waiting on God to bring that person that I connect with into my life. When it comes to being single, we’re all in the same boat. The trouble is that sometimes we jump the gun, misinterpret signals or simply take a risk that doesn’t pan out.

A couple of years ago, I dared to be brave enough to express to a certain young lady that I had an interest in taking her on a date. Up until that point, we had been growing in our friendship, and it was time to take that leap of faith.

I’d like to tell you that it all went according to plan, but I more or less landed on my face. I would like to point out that, to this young woman’s credit, she handled it with grace and class. This did not ruin our friendship, and it certainly did not turn into the socially awkward mess that we all fear.

It was simply not the right time for me, and she was not the right girl—a fact which didn’t necessarily make the situation easier at the moment, but it did help after a couple of days.

The important thing is that I took a chance. Sure, I landed on my face, but sometimes that’s the breaks.

Conquering the leap across the void between friendship and dating can be a scary one, especially if you struggle with shyness like I do.

The experience did teach me a thing or two, especially about the world of Christian dating.

From the moment we’re old enough to date—and that age differs for everyone—we’re fed a steady diet of “wait on the Lord.”  Sounds like good advice, right?  And I guess in some ways it is. But waiting on God must be threaded together with trust for it to have any value.

For me, that mistrust was a seed planted many years ago.  I was in second grade when my parents separated suddenly, and one day when I came home, I found my mother waiting to say, “We’re moving.”

Just like that, my little world was torn apart.  I lost my best friend, my little second-grade girlfriend and my whole environment in one instance.  I was heartbroken.

For the next two years, I prayed, faithful that God would reunite me with what I had lost. I know that sounds sweet, especially to all you single women out there, but I was entering dangerous territory and didn’t even know it.

God eventually answered part of my prayer. I did finally move back to my hometown and even reconnected with the best friend I’d lost. But I never saw that little girl again.

I spent the next several decades marveling at how much faith I had, praying through those years, but deep in my subconscious mind, a seed had been planted. And I would unknowingly spend years battling with the idea that God didn’t have my best interests at heart when dealing with my love life.

I was totally oblivious to the truth, and it wouldn’t be until just after my 34th birthday that God would reveal this seed: I had been “waiting on God” but not “trusting in God.”

It seems funny when you think about it. With all this silliness, God still manages to help us find the right person. That’s a miracle in my book.

Think about it this way: “Why are Christian dating sites so successful?” I think the answer is simple: because it’s the only time we are honest about our intentions. The fact is, we’re looking for a spouse. That’s nothing to be shy about, or embarrassed or ashamed of.

2 Timothy 1:7 says, “For God has not given us a spirit of fear, but of power and of love and of a sound mind.”

So what does it mean to have a sound mind?  I think it means being calm, disciplined and decisive. Imagine if we applied that to our attitude about dating!

This is what I’ve concluded. Men, be decisively bold. Remember that when you’re “waiting on God” and He gives you the green light, ask the girl out. Because if you’re trusting in God, whether she says yes or no doesn’t matter. The fact is that you moved in faith, trusting God will bring about the right outcome, and He always does.

Women, to you I would say be approachable. If a guy smiles at you and you’re interested, smile back. This is not you doing the pursuing or you getting in the way of God. You’re simply saying it’s okay to come talk to me, and you’re saying it while trusting that God will bring the right guy into your life and keep the wrong guys out.

And to both, I would say it’s best to keep in mind the difficulty of the leap between friendship and dating. Be gracious to each other, because it’s no easy task to be honest about your feelings. If someone likes you, be flattered that they find you compelling enough to approach, and if you are the one approaching and your feelings aren’t reciprocated, be thankful that they care enough to tell you the truth.

Lastly, as you are “waiting on God,” remember that sometimes it takes a leap of faith to do something extraordinary, like walking on water, conquering Jericho or finding your Ruth or Boaz.

That’s pretty good advice! Maybe I’ll take it too. After all, I’m waiting on God just like you.

This article was originally published on 2 Dec 2013, on Single Matters

John Anthony Knighton is an Emmy Nominated television writer/producer with Daystar Television Network. Currently, he resides in the Dallas, Texas, area and has recently finished work on his first novel and first screenplay.