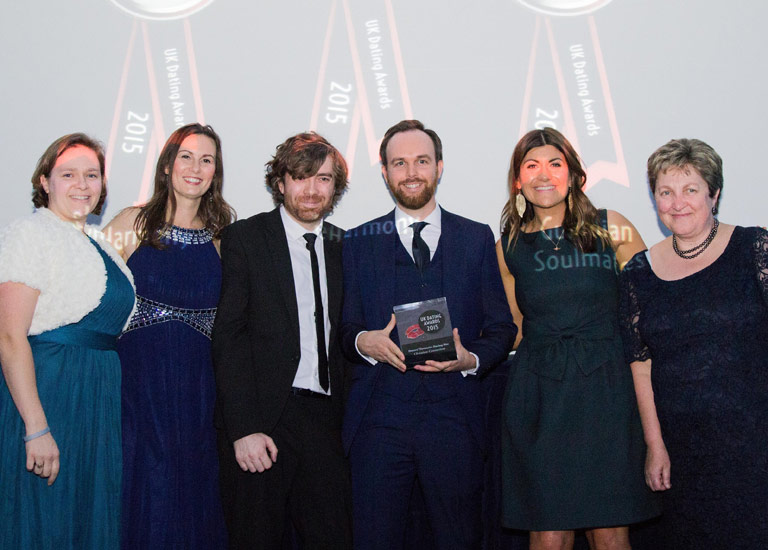 Beating off strong competition from mainstream sites including eHarmony, Plenty of Fish and Guardian Soulmates, Christian Connection walked away with the highly-coveted Daters’ Favourite Dating Site at this year’s UK Dating Awards.

According to award organiser Charly Lester, Christian Connection’s “army of followers” flooded social media with support for the website, in one of the few categories voted for by the public.

Christian Connection were also finalists for Online Dating Brand of the Year and Best Customer Service.

“We were thrilled to win two awards this year, but Daters’ Favourite Dating Site is one of the top awards and a real achievement for a niche site,” said Christian Connection’s Joff Williams. “The strength of support we received from our members was overwhelming and an indication of how much they love and trust the service we provide.”

The website’s members swamped the award’s Facebook account with comments and stories; many declaring that they had met their partner on the site.

Best Niche Dating Site was awarded by a panel of judges, who looked at a variety of criteria, including site design, ease of use, security, safety and support.

This year’s awards were highly competitive with entrants from both large mainstream and smaller quality sites. The event was attended by representatives from the new wave of dating apps, including Tinder, Happn and Bristlr.

“We owe our success to a very committed, hard-working and effective team and a fantastic membership base”, said Christian Connection founder Jackie Elton. “We are grateful to everyone who has played a part in helping us bring so many people together.”

When she set up the site in 2000, Jackie’s vision was to create something that could compete with and even better the best in the industry.

“These awards show we have achieved this”, said Joff Williams. “We would like to thank everyone who voted for us. We’ve always put our members at the centre of everything we do. They have sent a strong message that we’re doing something right, so these awards belong to them, as much as us.”